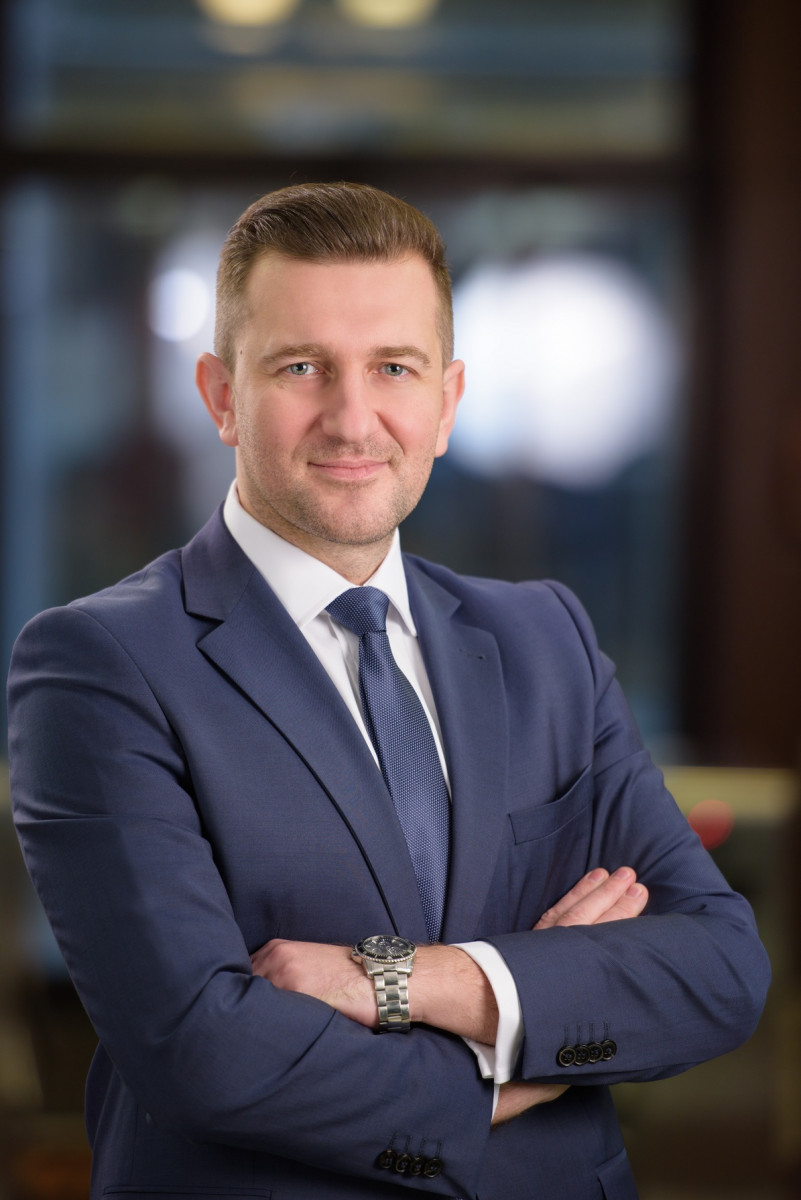 The Q4 2018 Poland Commercial Property Monitor results are consistent with solid momentum across both the occupier and investments markets. Indeed, a tight jobs market and stellar wage growth has continued to support solid domestic demand and in turn, economic growth.

A similar picture is depicted in the RICS survey where robust demand is a strong driving force behind positive sentiment across the commercial property market. Rental and value growth projections for the year ahead remain firm with the prime industrial and office segments standing out.

The Occupier Sentiment Index (a combined measure of occupier market indicators displayed in chart 1 overleaf) came in at +18 in Q4 p marginally from the +17 reading in Q3. Significantly, this is the most positive reading for this series in seven years and suggests that momentum is continuing to build gradually across the occupier market.

Occupier demand continued to rise firmly at the headline level with a particularly robust trend in demand growth reported across the industrial and office sectors. Tenant interest for retail space was modest in comparison, although in net balance terms, demand growth has picked- up consistently in this area over the past year.

Despite an increase in demand, supply of leasable space also did reportedly rise in Q4, albeit this was mostly driven by an increase in office and industrial space.

Meanwhile the value of incentive packages offered to tenants remained broadly unchanged at the headline level.

For the second consecutive quarter, contributors have left their rental value projections for the coming year broadly unchanged at the all sector level. That said, in comparison to the previous quarter, contributors were slightly more positive with regards to the outlook for prime industrial sector. Alongside this, projections for the prime office and retail also ticked up from Q3. At the same time, the outlook for the secondary markets was a little more downbeat than in Q3 with rental values in secondary retail sector expected to decline in the coming year.

Headline investment enquiries continued on an upward trajectory in Q4. Significantly, the pace of demand growth was reportedly the strongest in eleven quarters. The sector breakdown suggests investor interest rose firmly in the office and industrial sectors, whilst demand also increased in the retail portion of the market in Q4 after slipping in Q3. Foreign investment enquiries also increased in all three sectors.

Alongside this, the supply of property available for investment purposes also reportedly increased in the latest results.

The majority of contributors (58 percent) believe that the market is in the peak phase of the property cycle whilst 21 percent see the market as in the growth phases.

Marcin Purgal MRICS, Director, Capital Markets at Knight Frank, commented: “Poland remains the most sought after destination amongst Central and Eastern European countries. A strong economic fundamentals, product variety in all types of assets, high quality buildings, and a relatively broad spread in capitalization rates when compared to Western Europe, all work towards a strong activity of investors, including those which have been never seen before on the market i.e. Asian or new funds from Western Europe. For another consecutive time, the previous year has been record-breaking in terms of volume invested on the Polish real estate market (€7.2 billioin). This, in turn found its reflection in a 47 percent higher growth than in 2017. The greatest leap in growth could be observed in the warehouse sector where the transaction volume rose by 109% to a record level of €1.8 billion. The office and commercial sectors ended the year with respectively €2.7 billion and €2.5 billion. All sectors of the market were characterized by a compression of yields. The most sought after assets by investors are prime, newly constructed office properties or those with unique character located in Warsaw or in major regional cities, dominant shopping estates, and warehouses. It’s worth to notice the emerging new class of assets such as student housing, apartments for rent, or hotels which are becoming increasingly popular amongst investors and will surely gain significance in the coming years. We have an optimistic outlook of the coming year. Given the stable macro-economic conditions, we can expect investors’ activity to remain on a similar level.”