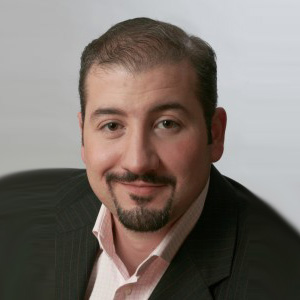 The Q1 2014 RICS Global Commercial Property Monitor for Romania confirms the gathering strength of the occupier and rental markets, following the downward correction of the real estate markets over the last three years. At the same time, the latest Monitor also indicates that investor sentiment, although virtually stable on the previous quarter, continues on the improving trend, reaching its highest level since early 2011. Nevertheless capital values anticipated as stable in short-term.

The occupier sentiment index is at its highest level (+9 percent) since early 2011, as occupational demand remains strongly positive and comfortably greater than the expected increase in available space in the near-term, due in-part to strong pre-leasing activity in the office sector. The margin between the two has increased over the last quarter, which has resulted in a sharp increase in the expectations of rental growth over the next quarter, which is now positive for the first time in four years.

Ovidiu Prunea MRICS, RICS Romania Board Member commented: “The impact of the strong performance of the agricultural and industrial sectors in 2013 helped the Romanian economy to record a 3.5 percent growth in GDP for full year 2013, and this is clearly being reflected in the buoyant occupational market sentiment of Q1 2014.”

On the other hand, for the investment markets, the picture is more nuanced. The survey confirms that investment demand continued to increase (at +29 percent), although this is a considerably more modest rate than in the previous two quarters (+60 percent & +40 percent respectively). Furthermore, expectations for capital value growth over the next three months are much more subdued, at only just positive, although this is the most optimistic outlook than at almost any time since early 2011. For the 12 month horizon, the view for capital value growth is much more positive, with a net balance approaching 40 percent.

Although in Q1 2014 the demand for distressed property remains closely balanced with the supply, it is anticipated that in the near future, more financial institutions will bring large portfolios of distressed assets to the market, thereby increasing the supply side. “The finance institutions’ desire to disinvest, continued thin financing opportunities for acquisitions, and short-term political uncertainty in this election year are likely reasons for the muted near-term expectations in capital value growth,” commented Nicoleta Radu MRICS, RICS Romania Board Member.

The survey indicates that investment demand is increasing, and both the supply and demand components of the distressed property market are expected to move up in Q1 2014.

However, the rates of increase of both demand and supply in the local investment market are sharply down on the previous half-year. Capital Values are anticipated to be flat-lining in the near-term. Together, this can be seen still as a confidence deficit for the investment markets in the short-term.

“But over the 12-month horizon, it’s much more positive. Economic growth for 2014 is anticipated to exceed the already strong 2013 result, so confidence in the markets is likely to recover and capital values to respond. Furthermore international investors can be anticipated to return to Romania in search of yield levels, and ultimately of yield compression, no longer achievable elsewhere in the region,” remarked David Howard MRICS, RICS Romania Board Member.