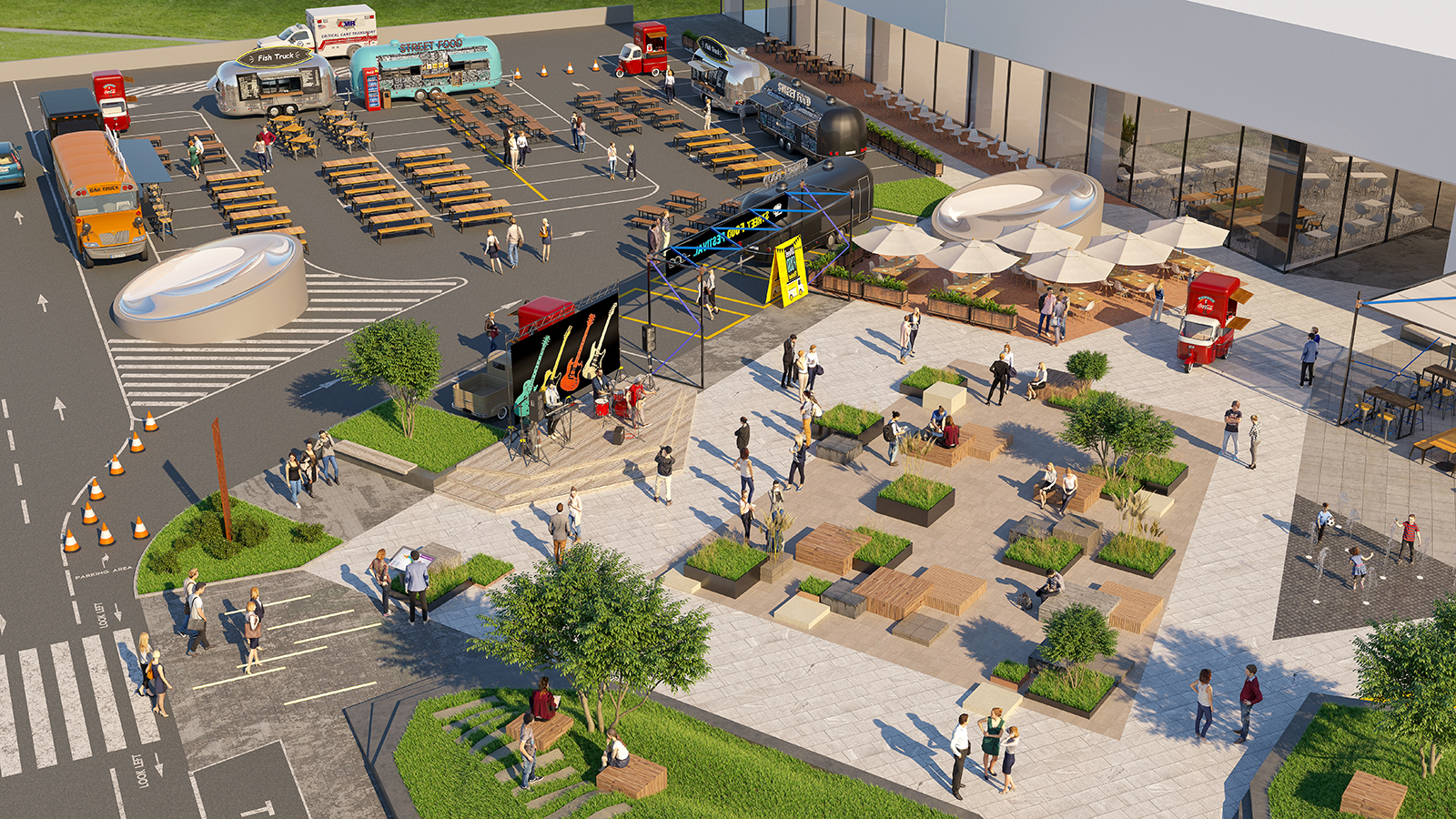 NEPI Rockcastle announced the inauguration of the newest shopping center in their portofolio, Shopping City Târgu Mureș, in March 2020. Following an investment of EUR 70 million, the biggest investment in the last period in the county of Mureș, the romanians from the north of the country will enjoy a premium shopping and leisure experience in Târgu Mureș, street Calea Sighișoarei.

“This project is one of the most importants project on our agenda for the next year, our priority being to respect the deadline, as well as all the quality and safety standards. We want to offer to the romanians from the north of the country a commercial center that responds to the highest demands, a policy we guide, in fact, in all of the projects we develop. Shopping City Târgu Mureș will bring to the people from the region, together with various shopping and leisure options, and new jobs, contributing to the economic development of the northern region,” says Alin Burlacu, Leasing Manager at NEPI Rockcastle.

Regardin the rental status, over 75 percent of the mall area is already occupied, the negotiations for the rest of the spaces will be completed in a very short time.

Built on a cort of 12,5 hectares, the new mall will have a rentable area of 40,000 sqm and will host the newest concepts of international and national brands of clothing, footwear, accessories, beauty, sports and children’s items. More than 50 percent of the stores that will open in the mall will be an absolute novelty for the entire region. In fact, over 60 percent of the area of the new mall will be occupied by anchor shops.

Another novelty that Shopping City Târgu Mureș brings is the new design of the food court, which will transpose the concept of food hall, one of the current trends in Europe. Thus, visitors will enjoy a large offer of local and international cuisines, provided by premium gourmet brands, both from the region and from other countries.

Also upstairs, the visitors will have access to a multiplex cinema and a playground with a generous surface of 500 sqm.

The proect will be completed with a roof garden, of approximately 3,500 sqm, which will serve 4 restaurants and a unique panorama of the historical area of the city. The rooftop garden will surprise its visitors with events for all ages and will become the favorite place for meetings for natives, in the shortest time.

The newest mall will offer to the inhabitants of the city and throughout the regin the opportunity of hundreds of jobs, by opening stores of successful international and local chains and a Carrefour hypermarket with a surface of 10,000 sqm.

In parallel with the construction of the mall, the developer also started the work for fluidization the traffic in the most important area of the city and increase traffic safety by building new roundabouts on the main boulevards adjacent to the NEPI Rockcastle project.

The visitors will be able to leave their cars safely in the parking lot of the mall, which will have a capacity of approximately 1.500 places, arranged on the ground level and on the roof, with direct access to the cinema and food court area.