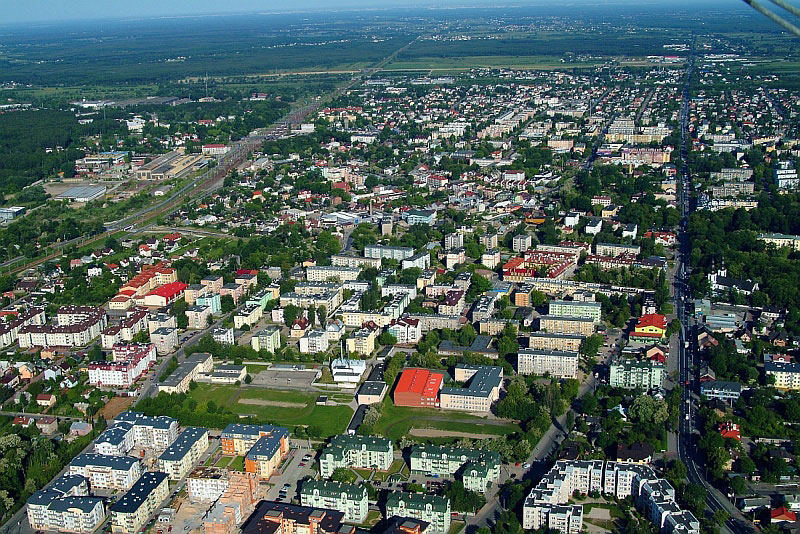 Colliers international has again prepared a map of small Polish cities which are the most attractive in terms of the retail potential. This year’s report has been created in cooperation with the international research company GfK.

“Small cities on the Polish retail map” report assesses selected real estate market and socio-economic indicators. The analysis covers 56 cities with a population in the range 30,000-50,000 inhabitants, not including those situated in an area direct influenced by the largest urban agglomerations. This assumption was dictated by the fact that the shopping centers in satellite areas serve consumers from the whole agglomeration, not only from a particular city. An exception to the rule is Sopot, which constitutes an integral part of the Tricity agglomeration, but at the same time it is an independent commercial market and a strong tourist resort. The analysis also included Otwock, which in spite of its location in the Warsaw agglomeration is an independent commercial centre of local range.

“The analysis of the socio-economic factors and commercial real estate market indicators shall be treated as a starting point and not as a direct recommendation as to invest in a particular destination or not. High supply of retail space or less favorable socio-economic situation shall not eliminate any of the cities. Investors willing to start a project in a less attractive location should make a detailed market research analyzing the demand, potential tenant mix and local clients’ needs,” said Ewa Wasilewska, Project Manager, Customer Analytics & Sales Strategies, GfK.

The overall analysis of the factors selected indicated 15 cities of high potential for new commercial investments. Among the most attractive cities, 7 have a significant shortage of modern commercial space: Cieszyn, Łuków, Mława, Otwock, Sopot, Śrem and Zakopane. What is interesting is that despite the relatively high level of competition in the retail market, due to promising socio-economic prospects the group of the cities with the highest potential is joined by Bochnia, Krosno, Kwidzyn, Mińsk Mazowiecki, Oleśnica, Oława, Skierniewice and Świnoujście.

Fifteen cities have the lowest potential for new commercial investments and nine of them are cities with a large volume of commercial space. The remaining 26 cities have moderate potential for new commercial investments, resulting on one hand from relatively high competition and on the other hand from the average socio-economic situation and the lack of perspectives for rapid improvement.
¬
“The report clearly shows that the potential of small cities was already noted by developers a couple of years ago which resulted in many successful projects. It is harder and harder to find these “undiscovered” destinations but there are still locations with high retail potential,” commented Katarzyna Michnikowska, Senior Analyst, Research and Consultancy Services, Colliers International.