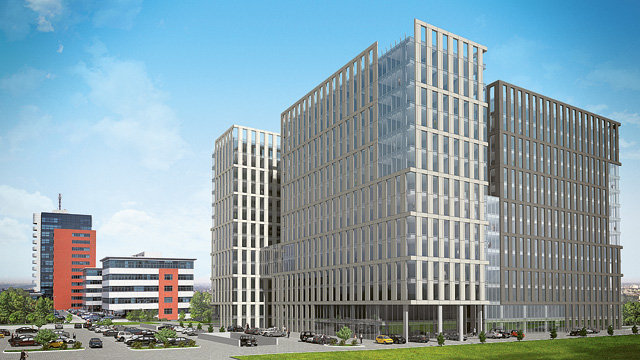 The complex of four 14-story buildings totals approximately 500,000 square feet of gross leasable area and 1,128 parking spaces, all of which was completed between 2010 and 2014. The Quattro Office Park acquisition follows Starwood’s purchase in August 2014 of two prime office properties in Warsaw and one building in Katowice from Ghelamco.

“We are pleased to invest in top-quality office space in a premier location within one of strongest office markets in Poland,” said Keegan Viscius, Vice President at Starwood Capital Group. “We remain bullish on the country, which we believe boasts one of the fastest-growing economies in Europe. Poland has proven to be a magnet for multinational corporations attracted by its highly skilled labor force, central European location, modern infrastructure, stable political and economic environment, and cultural compatibility. Krakow is particularly well-positioned, with the highest number of professionals employed by the business services sector backed by foreign capital of any city in Poland—even ahead of the capital, Warsaw. We believe that these positive trends will persist, thus continuing to spur demand for modern office properties such as Quattro Business Park.”

“We look forward to making additional investments in burgeoning markets such as Poland’s regional cities, as Starwood Capital Group continues to expand its presence in Europe,” added Mr. Viscius.