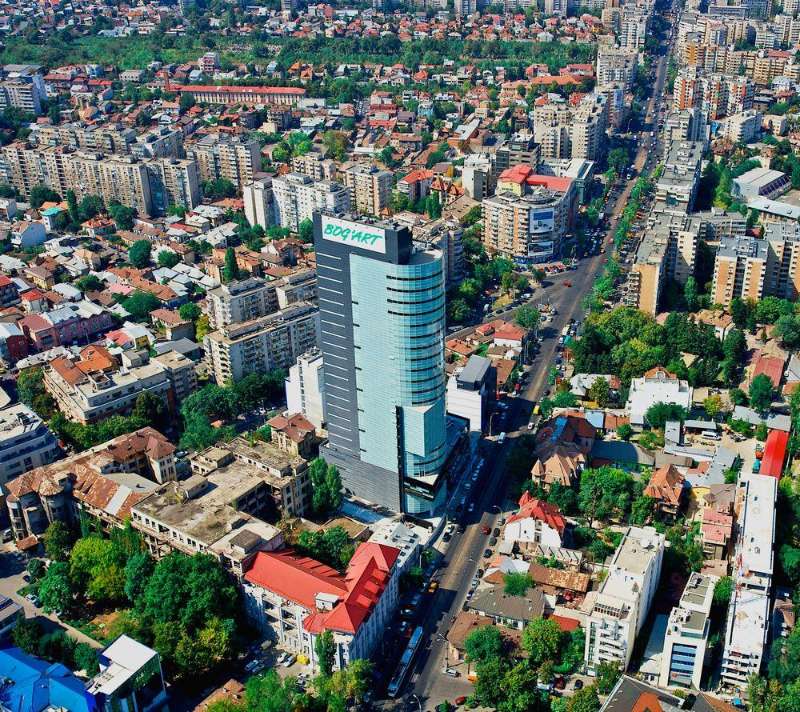 European commercial real estate markets continued a positive trajectory in Q1 2014 with further yield compression across all property sectors and a number of markets reporting rental growth, according to the latest research from CBRE.

The findings of CBRE’s Q1 2014 survey of EMEA Prime Rents and Yields support the story of a strong rebound in investment activity reported across Europe in the past six months, reflecting a growing investor appetite for commercial real estate in a strengthening economic environment.

CBRE’s EMEA Prime Yield Indices continued to edge down, by between five and eight basis points. The largest yield decrease was recorded in the office sector, which fell by eight basis points leaving the index 24 basis points lower than a year ago. There was yield compression in some of the markets most affected by the eurozone crisis, including Dublin and Lisbon where yields fell by 50 basis points, while yields in Madrid, Barcelona and Athens fell by 25 basis points. The increase in investor appetite for these markets is a further indication of the confidence in a eurozone recovery. It was a similar story in the retail sector, with high street yields in Athens, Barcelona, Dublin and Lisbon all falling by 25 basis points.

Richard Holberton, Senior Director, EMEA Research, CBRE, commented: “Demand for European commercial property continues apace in 2014 reflected by the tightening of prime yields across all sectors during the first quarter. The drop in yields in Q1 2014 has been particularly pronounced in markets closely linked with the eurozone crisis including, Spain, Ireland, Portugal and Greece. While no one is yet heralding the arrival of widespread economic recovery in the region, confidence is growing, with opportunistic overseas investors increasingly prepared to look beyond safe haven markets and consider opportunities in places that were out of favour as recently as 12 months ago.”

Although the economic backdrop for occupational markets is looking increasingly positive, returning confidence has not yet translated into significant prime rental growth. High street retail, office and industrial indices grew by just 0.3 percent in Q1 2014, while shopping centre rents declined by 0.1 percent in the same period. Prime rents in many of the office markets have stabilised at the bottom of the cycle, and are expected to return to growth in the second half of the year. London City and West End continued their upward momentum, rising by 1.7 percent and 5.0 percent respectively. Prime rents in the majority of industrial and retail markets were stable, with growth generally concentrated in the German and UK regional markets. This was counteracted by rental decline in some Central and Eastern Europe (CEE) markets.

Commenting on the Q1 2014 rental statistics, Holberton continued: “Improving investor confidence is not yet mirrored in significant prime rental growth in Europe. However stabilised rental figures across the board coupled with improving external economic data points towards more widespread rental growth in the second half of 2014.”

Office yields across EMEA decreased in Q1 2014. The CBRE EMEA Prime Office Yield Index fell by eight basis points in the quarter, and is now 24 bps lower than a year ago. 18 of the 55 markets surveyed saw downward yield movements this quarter, 36 remained unchanged and one rose. Helsinki saw a 60 bps fall, while Bristol, Istanbul, Lisbon and Dublin each saw yields drop by 50 bps. A number of other markets saw 25 bps movements, including Edinburgh, Abu Dhabi, Gothenburg, Madrid, Barcelona, Bratislava and Athens. The only rise was in Kyiv, up 50 bps to 13.5 percent.

Retail yields also moved lower in Q1 2014, with the CBRE EMEA Prime High Street Retail Yield Index down by five basis points, leaving it 22 basis points lower than a year ago. Yields fell in 14 locations, remained static and 36 locations, with only one location showing yield growth. Many markets showed a 25 bps fall including Glasgow, Edinburgh, Birmingham, City of London, Dubai, Barcelona, Lisbon, Dublin and Athens. Kyiv was the one market to show a yield rise, up 50 bps to 13.0 percent.

Industrial yields fell in Q1 2014, with the CBRE EMEA Prime Industrial Yield Index down by five basis points in the quarter, and 40 bps over the year. Yields fell in nine locations, including a 50 bps fall in Glasgow and Edinburgh, with 25 bps falls in Birmingham, Madrid, Barcelona, Dublin and Prague. The only increase was recorded in Kyiv, up 50 bps to 15.5 percent. The yields in 38 locations remained static.

Prime office rents across Europe rose marginally in Q1 2014 by 0.3 percent, less than the 0.6 percent rise year-on-year. Over the first quarter, eight of the 55 markets in the survey saw increases in prime rents, 40 remained unchanged, and seven fell. The largest increase was in Belfast (up 8.0 percent), with London West End, Johannesburg, Oslo and Sweden also seeing considerable rental growth. The largest fall was in Kyiv (-9.1 percent).

Prime retail rents were up 0.3 percent in Q1 2014, leaving the CBRE EMEA Prime High Street Retail Rent Index 4 percent higher than a year ago. Nine of the 51 markets surveyed registered an increase, 39 remained unchanged, and three fell. The largest increase occurred in Oporto (up 20.0 percent) while Bucharest and Johannesburg both saw growth greater than 4 percent. The biggest decrease occurred in Kyiv (down 20.0 percent), with Bratislava and Belfast both seeing rents drop considerably.

Prime industrial rents rose marginally in Q1 2014, with the CBRE EMEA Prime Industrial Rent Index up by 0.3 percent in the quarter, and 1.5 percent in year-on-year terms. Six of the 48-sample locations rose, five fell and the remainder stayed unchanged. The largest increase was in Dubai (up 10.53 percent), with Glasgow and Manchester both growing more than 3 percent on the quarter. The biggest decrease occurred in Bucharest (down 5.0 percent) as well as Zagreb and Moscow.

Valentin Gavrilov, Director of Research, CBRE in Russia, said: “Investors continue betting on the mid-term recovery of the eurozone economy, actively buying European commercial real estate. Even the hardest hit countries from the crisis (Spain, Portugal, Greece and Ireland) are interesting investor. In Q1 investment volumes grew by 18 percent, contributing into incentives for asset price growth. The average increase in price amounted to 1-2 percent and was observed on 20-30 percent of the monitored markets depending on the CRE segment. Stability of rental rates remains the key factor, preventing higher growth in prices. Flat rental rates on the majority of the markets are explained by still slow recovery rates in national economies.”