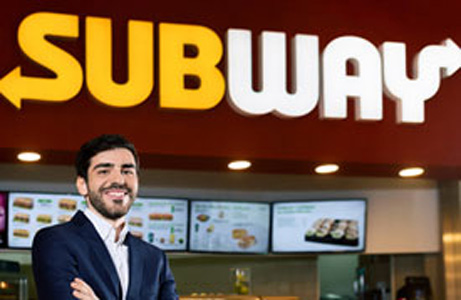 Subway, an American fast food chain, has returned to the Croatian market, opening its first franchise restaurant in the country within Arena Centar in Zagreb.

Located in the food court area of the mall, the new restaurant consists of 56 sqm, offering a wide range of sandwiches, wraps, salads, soups, cookies and refreshments.

Subway entered the Croatian market in 2006 and shut down operations in 2009. At the time, the company had a total of six franchise restaurants in Croatia.

According to Vladimir Hanula, Subway’s development agent and franchise partner for Croatia, the country’s accession to the EU facilitated the chain’s market entry by simplifying logistics and reducing the cost of supplying products.

He stated that Subway aims to open 20 restaurants in Croatia and is currently hold-ing talks with several potential franchise partners. The company plans to establish presence in all cities with more than 50,000 inhabitants, as well as within smaller coastal cities that attract a large number of tourists.

The main expansion points include Zagreb, where Subway intends to open up to 13 restaurants, followed by Rijeka, Split and Dubrovnik.

For its future openings the company is mainly seeking shopping centers and highly frequented locations in city centers. In addition, franchise partners are also encouraged to suggest nontraditional locations with high footfall such as highways, petrol stations, hospitals, casinos and water parks.

The average investment in a restaurant ranges between €100,000 and €120,000, including the franchise fee, training, initial rent, construction, equipment costs, permits, as well as operating capital for the first two months. The franchise fee is €7,000, while the royalty fee is 8 percent of weekly gross sales.

Franchise partners in Croatia are eligible for Subway’s kickstart program and will be reimbursed 50 percent of the license cost if they open a restaurant within one year.