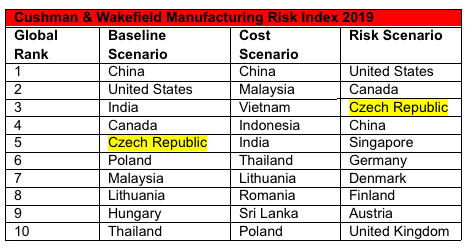 Cushman & Wakefield has published new research assessing 48 of the most suitable locations for global manufacturers to expand or relocate their operations in EMEA, the Americas and Asia-Pacific. While manufacturers’ individual requirements will vary, China performs strongly thanks to increasing Government investment in the adoption of technology, while the United States is most attractive for those seeking to minimise exposure to economic and political threats, followed by Canada and the Czech Republic. Considering basic criteria the Czech republic is 5th globally and 1st in Europe.

“While the Czech Republic is far from being the cheapest country for the manufacturing industry, considering not just the payroll costs for the local labour but also the costs of utilities, industrial development and administrative charges, it is rated as the best manufacturing destination in Europe primarily thanks to a high degree of security, relative political stability compared with countries in the east of Europe and also economic and corporate stability. In effect, the risks for investors are minimal. Its central position with strategic access to Europe’s main markets is a great advantage as well,” says Ferdinand Hlobil, Partner and Head of Industrial agency, CEE at Cushman & Wakefield.

Cushman & Wakefield’s Manufacturing Risk Index (MRI) scores each country against 20 variables that make up three final weighted rankings which cover conditions, cost and risk. The data underpinning the MRI comes from a variety of reliable sources, including the World Bank, UNCTAD and Oxford Economics.

The report reveals that China is the leading country when viewed from a baseline scenario which gives equal importance to a country’s operating conditions and cost competitiveness. The United States is in second followed by India, Canada and Czech Republic making the top five. The Czech Republic is the highest ranked European country with Poland, Lithuania and Hungary also featuring highly.

When the data is looked at from a cost scenario – which gives a higher score to countries where operating outlay, including labour costs, is lower – China remains on top with Asian countries dominating the top 10. Only Lithuania and Romania, in seventh and eighth respectively, feature prominently from elsewhere.

The third ranking – the ‘risk’ scenario – takes into account rising geopolitical risk by favouring countries with lower levels of economic and political threat. In this scenario, North America leads the way with the US and Canada first and second respectively and China slipping to fourth. European locations account for more than half the top 10, led by the Czech Republic, which places third in the index, with Germany, Denmark, Finland, Austria and the United Kingdom also featuring in the top 10.

Report author Lisa Graham, Cushman & Wakefield’s EMEA Head of Logistics and Industrial Research & Insight, said: “These rankings provide a critical insight into the rapidly-evolving manufacturing landscape and the decision-making factors behind locations. Global manufacturing has entered a new era, marked by the growing influence of technology in addressing productivity, labour shortages and safety in production and logistics.

“We are seeing formerly low-cost locations such as China and India moving up through the value production chain through country-sponsored support of technological adoption. That is why Asian countries featured so prominently in our rankings. There are still concerns over intellectual property issues in the region which mean, that despite higher costs, countries in North America and Europe will continue to thrive as manufacturing bases.”

Rob Hall, Cushman & Wakefield’s Chair of EMEA Logistics & Industrial, said: “We are seeing an element of protectionism and nationalism putting global and regional and supply chains at risk. In Europe, the outcome of the ongoing Brexit negotiations will redefine regional production lines as well as reshape domestic and international flow of goods.

“Countries which invest in platforms that facilitate flows in and out of production lines will succeed. China’s seamless supply chain connections have resulted in substantial investment in infrastructure and multi-modal transport, including the New Silk Road rail and maritime projects, in addition to incentives. These factors are off-setting concerns regarding intellectual property.” 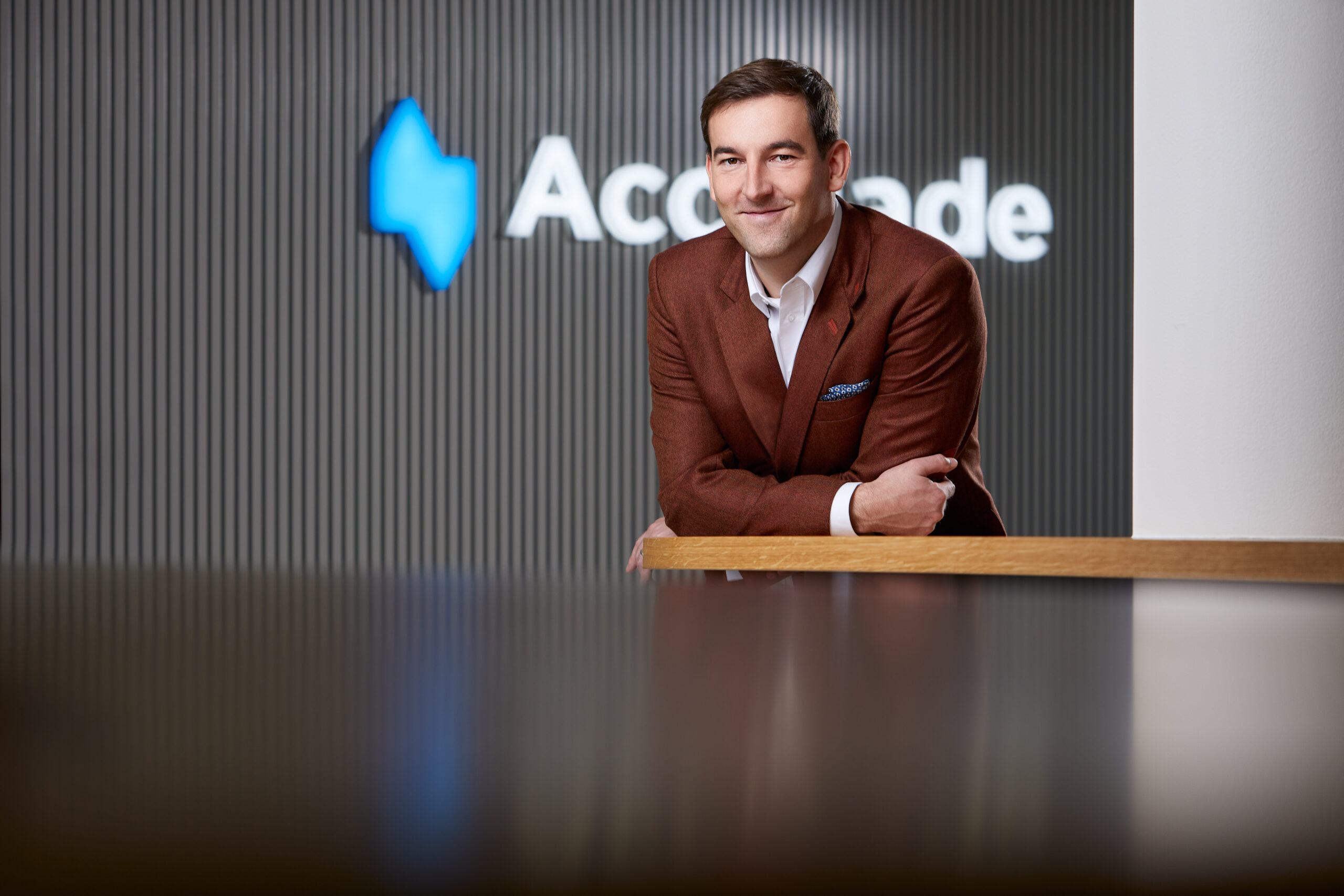 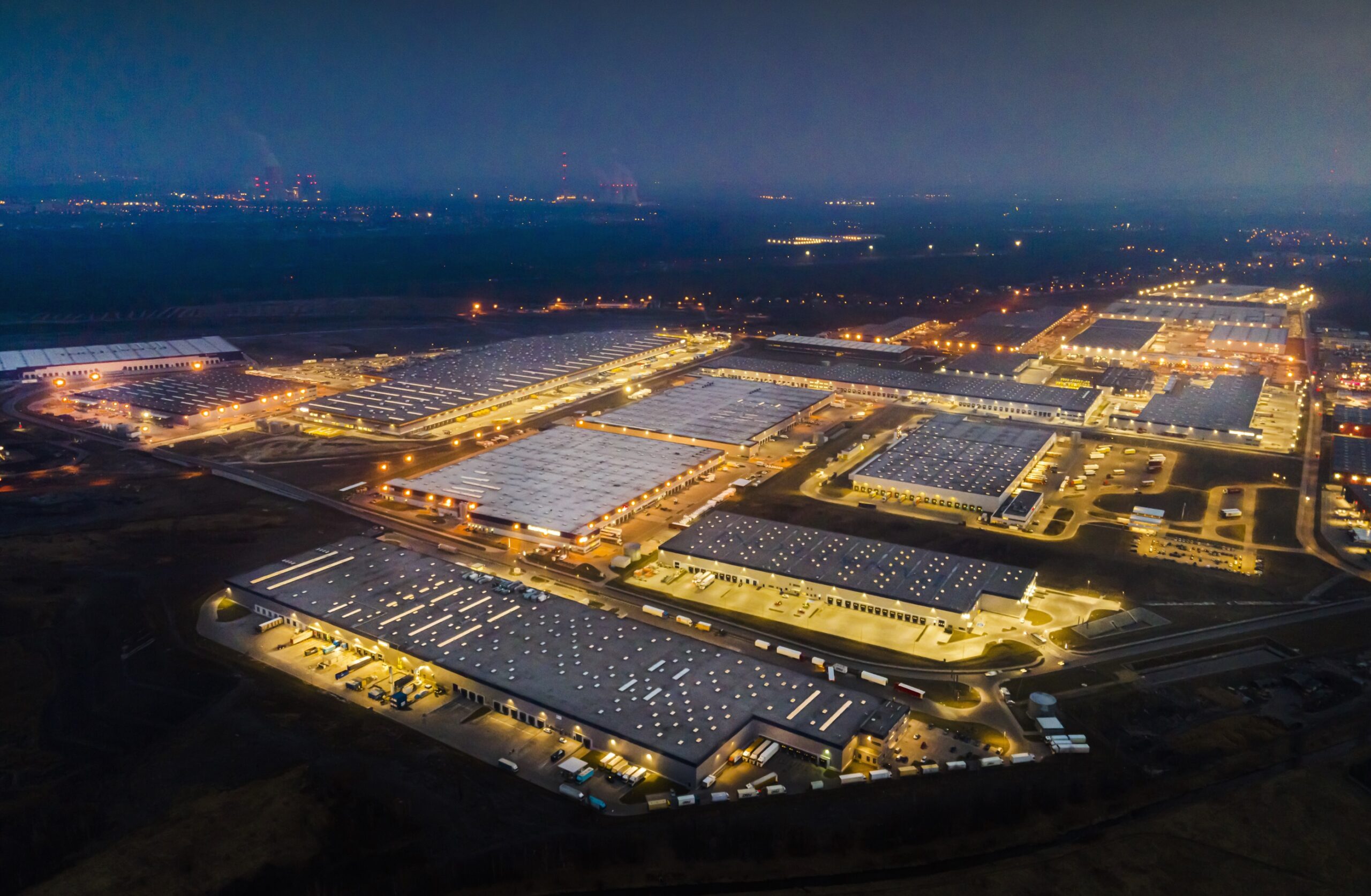 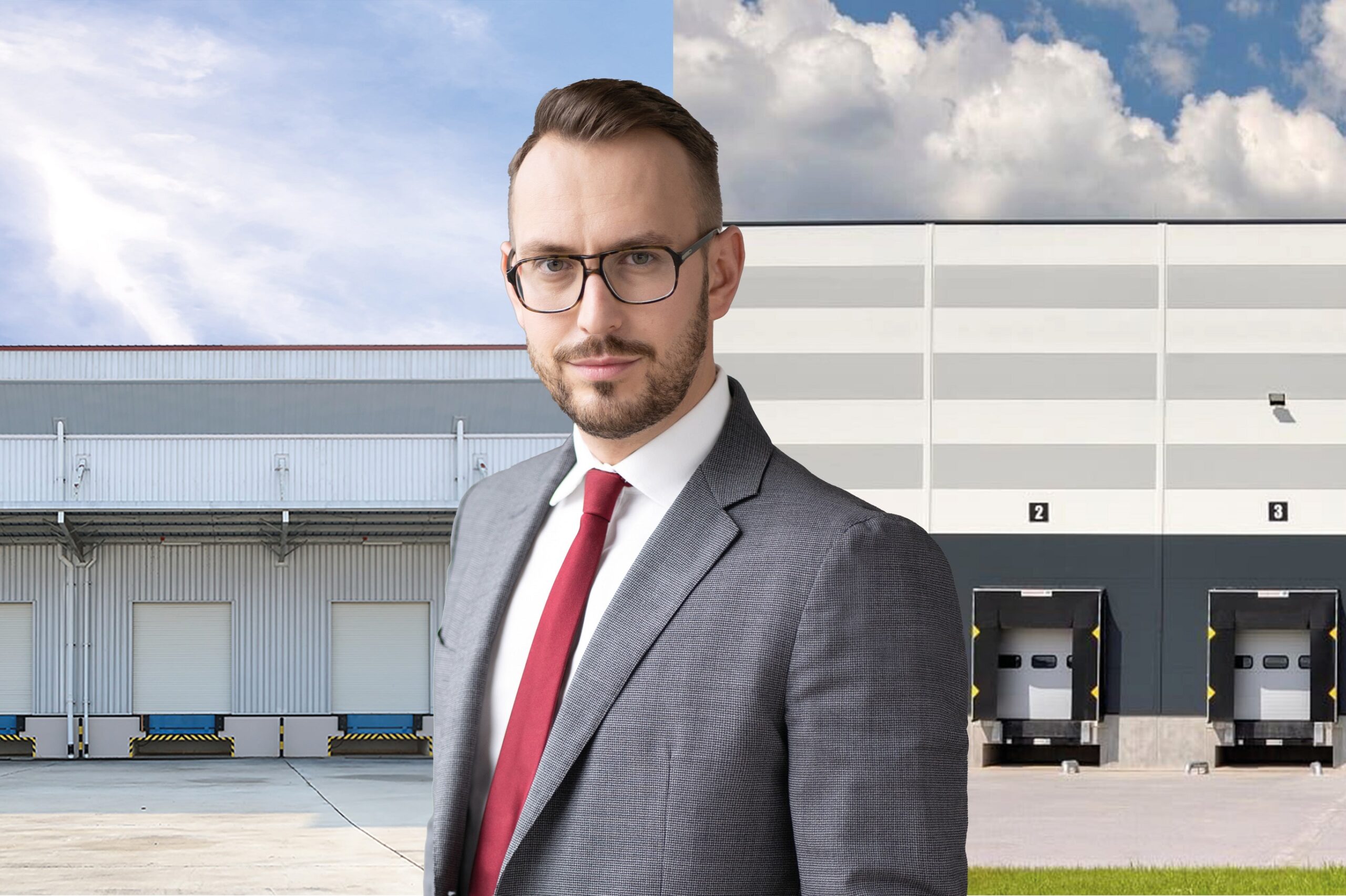