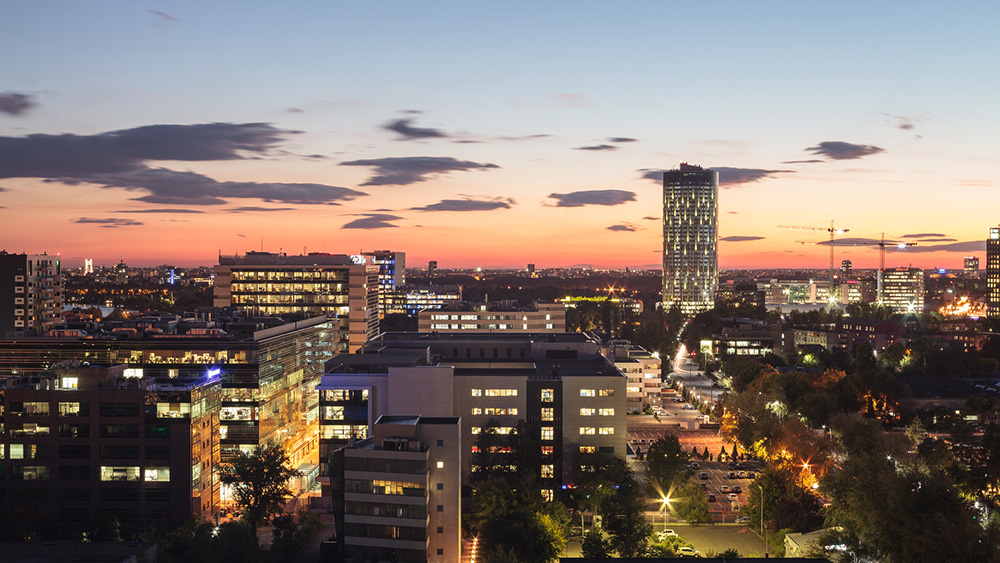 Knight Frank entered the Romanian commercial property market in May 2009, forming an association with The Advisers, led by Horatiu Florescu, who has over 17 years real estate experience. Since its establishment, the company has become a trusted name and succeeded in being at the forefront of the local industry, building an outstanding track-record. The team recently transacted on the biggest leasing deals of the year: Oracle’s expansion in SkyTower (c.10,400 sqm) and Genpact pre-lease of up to 25,000 sqm in Hermes Business Campus.

Under its new corporate identity, the business will continue to be headed by Horatiu Florescu. The team specialises in office, capital markets, retail, industrial and land advisory services, as well as valuation. Furthermore, the firm is now covering all property sectors, adding a new service line to its unrivalled strength in the commercial market: Corporate Residential, a unique and exclusive offer providing transactional support to corporate, diplomats and homeowners at global quality standards.

Chris Bell, managing director of Europe at Knight Frank said: “After six successful years together, we are delighted to officially become Knight Frank Romania, and look forward to expanding our presence and success in the local real estate market, under the leadership of Horatiu Florescu; an exceptional professional with outstanding results. We are confident the Knight Frank brand will continue to flourish in Romania.”

Horatiu Florescu, head of Bucharest office, Knight Frank, commented: “Following a highly productive six year partnership with Knight Frank, we felt the time has come to strengthen our commitment and our joined-up success. This exciting direction comes both as the recognition of our office as a local powerhouse and as a sign of confidence of a global leader in the Romanian market.”

Knight Frank’s new Bucharest Market Report states 2014 as the most successful year for the Romanian investment market since the global crisis, reaching total investment levels of €1.15 billion, with 2015 expected to follow suit. While the rising demand for office space in Bucharest resulted in 2014 take-up to reach its highest level since 2009, development activity has also increased, sustained by the surge in pre-leasing levels, triple the number of those transacted in 2013. On the back of Romania’s strengthening economy, forecast to grow by another 2.8 percent in 2015, both occupier and capital markets continue to benefit from improved sentiment across all business sectors.