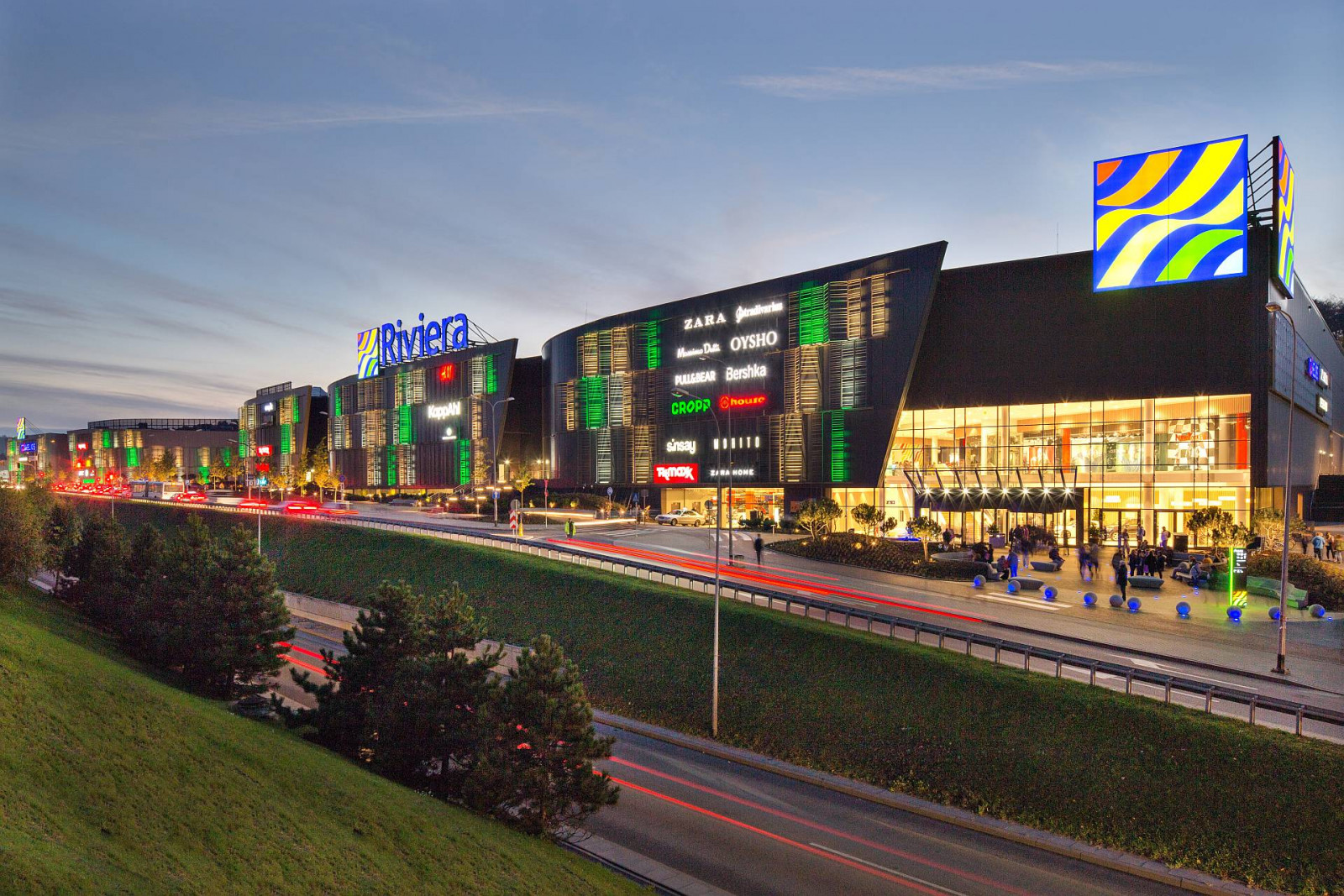 The first stage of reletting of the Riviera Center in Gdynia has been completed. 162 contracts have already been signed and the portfolio has increased by 52 new tenants. At the same time, 20 premises were relocated in connection with the reported need to increase the area. Further, the position of Riviera as a retail sector leader in the Tri-City is confirmed by the strong growth of footfall, which this year is likely to exceed 10 million people.

According to Grzegorz Latała, a member of the board and the commercialization director of Mayland Real Estate, the company managing the facility, confirmation of Riviera’s high position is the fact that its key retail anchors trust it. Such big players, like Inditex Group, H&M, Deichmann, Martes Sport and Media Markt, have extended their lease agreements for the following years. “LPP Group, where the Tricity is its home base, also enhanced its position in Riviera. Home&You now has the largest store in Poland in the centre (1,200 sqm), and Sinsay has doubled its area to 800 sqm,” says G. Latała. Also, Reserved, Guess, 4F, Speed Sports and Ryłko decided to expand the area along with remodelling.

Homla, Drawex, Anawa Meble have debuted in the household offer in the Gdynia centre, and the Eurofirany store expanded its space. The Mi Store brand was introduced to the electronics offer, and the contracts for iSpot and Sony Center were extended. The restaurants&cafes offer has been enriched with new restaurants with seating: Lepione, Familia Bistro, La Trattoria, and Miło Mi – a natural ice cream parlour, Papa Diego – a place with Mexican cuisine, cafe Scholler, Berlin Doner Kebab and Express Oriental.

“We have enriched the Riviera offer and strengthened the best concepts. We are consistently filling the new three-in-one strategic concept with new content because Riviera is not only a place for everyday shopping, a fashion centre but also a centre of active rest for the whole family. Despite the unfavourable legal changes regarding the ban on trade on Sunday, we recorded an increase in a footfall by more than 5 percent year-on-year,” emphasizes G. Latała. “The measure of the achieved success is the fact that Centrum Riviera is also one of the most important points on the event map of the Gulf of Gdańsk. For example, only during the 44 Polish Feature Film Festival, Rivera, which co-organized the event, was visited by nearly 200,000 people, and the 6th birthday of Riviera was celebrated by nearly 50,000 people.”

Riviera has already finalized negotiations regarding the extension of the Helios cinema by two dream rooms (premium category). To ensure the comfort of customers, more and more services are available, among others Haloo – phone repairs point, Energia and Mister Minit points. Furthermore, the info kiosks were changed, the leisure facilities’ offer was enhanced, and 7 children’s playgrounds will be soon modernized.