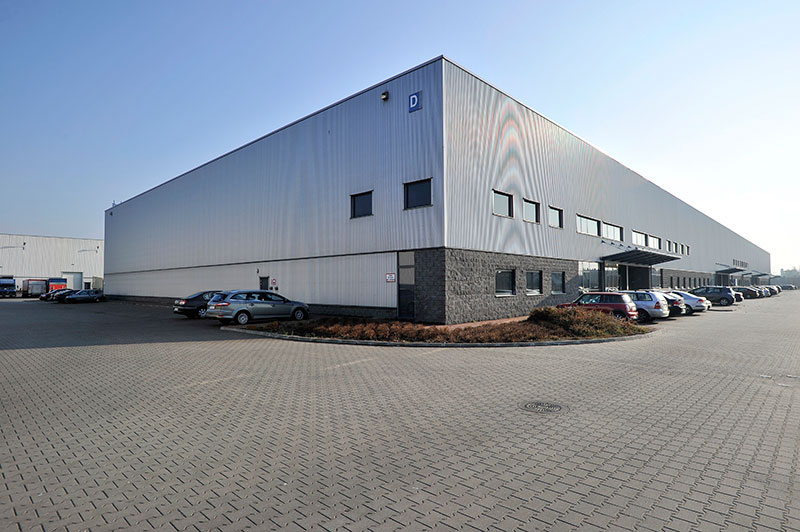 The new warehouse facility located at SEGRO Business Park Warsaw, Ożarów has obtained an occupancy permit. At the beginning of construction in November 2014, the facility comprising 9,300 sqm of space, was not 90 percent pre-let. Currently, the first tenants are moving into the complex.

The construction of the new warehouse started in November 2014 and it has been completed in six months, according to the planned schedule. The complex will offer small business units starting from 600 sqm and larger units, multiplying the basic modules. General contractor of the facility was Depenbrock Polska.

The first module has been handed over to the tenant Eden Europe – a European producer of retail shelving systems. The company will occupy approximately 800 sqm of space, 650 sqm of which will be dedicated for storage of goods produced in the factory in the Czech Republic in Adamovo. The remaining area – 150 sq m of space will be used for offices and social rooms.

The second tenant in the building will be Meble VOX – one of the Polish most innovative companies in the furniture industry. The brand offers solutions for interior design, decorative articles and furniture, also for children’s rooms. The VOX Furniture brand has over 120 showrooms domestically and abroad. In the new facility, the company will occupy approximately 1 300 sqm of space, 1,200 sqm of which will be assigned for a warehouse and the remaining 100 sqm for offices.

“We are already in the process of negotiations with new prospective clients, which proves the attractiveness of the western area of Warsaw. Since the opening of A2 motorway, it’s been one of the most active markets in the region. Currently, the Warsaw agglomeration is one of the largest warehouse market in Poland and throughout Central and Eastern Europe. Its main advantages are proximity of attractive market, strategic location and constant improvement of road infrastructure. At present, the region is one of the largest national transportation hubs, there are six national roads and the main airport in Poland. All these elements encourage to further investment in the region, also speculative ones like the recently opened facility in Ożarow,” said Magdalena Szulc, SEGRO Business Unit Director Central Europe.