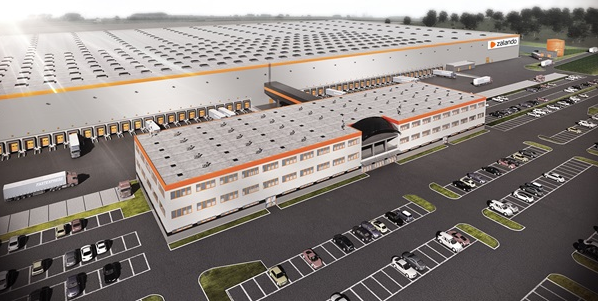 Lease agreements exceeding 900,000 sqm of industrial space have been signed alone in Q3 2016. This included the largest ever single transaction in the history of the Polish market – 130,000 sqm for Zalando near Szczecin, summarized JLL on the situation of the industrial market in Poland by the end of Q3 2016.

Tomasz Mika, Head of Industrial Agency Poland at JLL, said: “By the end of Q3 2016, gross demand for industrial space in Poland was over 2.2 million sqm. More than 900,000 sqm was leased in the period between July and the end of September, which is so far the year’s best quarterly result in terms of gross take-up. Furthermore, the largest ever single transaction for Poland’s industrial market was concluded in Q3 2016 – Zalando signed a lease agreement for 130,000 sqm with Goodman, a thriving developer in Poland. Taking into consideration the fact that occupiers have historically always been very active in the fourth quarter, we can, with a degree of certainty, forecast that the gross take-up for 2016 will hit a historically high level of about 3 million sqm.”

Among the five major industrial markets, Warsaw Suburbs has accounted for the largest share of demand so far this year – 540,000 sqm (24 percent).

“In Q3 2016, developers delivered an additional 363,000 sqm of new industrial space, increasing total stock to almost 11 million sqm. Developers maintain their high pace – there was nearly 854,000 sqm of new space in 40 investments under development by the end of September 2016. Locations outside the five major regions accounted for 304,000 sqm of total volume,” commented Przemysław Ciupek, Senior Research Analyst at JLL.

The last quarter saw strong activity in the development sector from Panattoni (233,000 sqm), SEGRO (57,000 sqm) and Goodman (32,500 sqm). 35 percent of space is being developed on a speculative basis, without binding lease agreements.

With the exception of Warsaw Inner City, where the upper band of headline rents dropped slightly in Q3 (from €5.3/sqm/month to €5.1/sqm/month), no other significant changes were recorded in Poland’s regions. Central Poland (mainly Stryków and Piotrków Trybunalski) still offers the most attractive rents for big-box units (ranging from €2.6 to €3.2/sqm/month), followed by Upper Silesia and Poznań (€2.8 to €3.5/sqm/month for both markets).