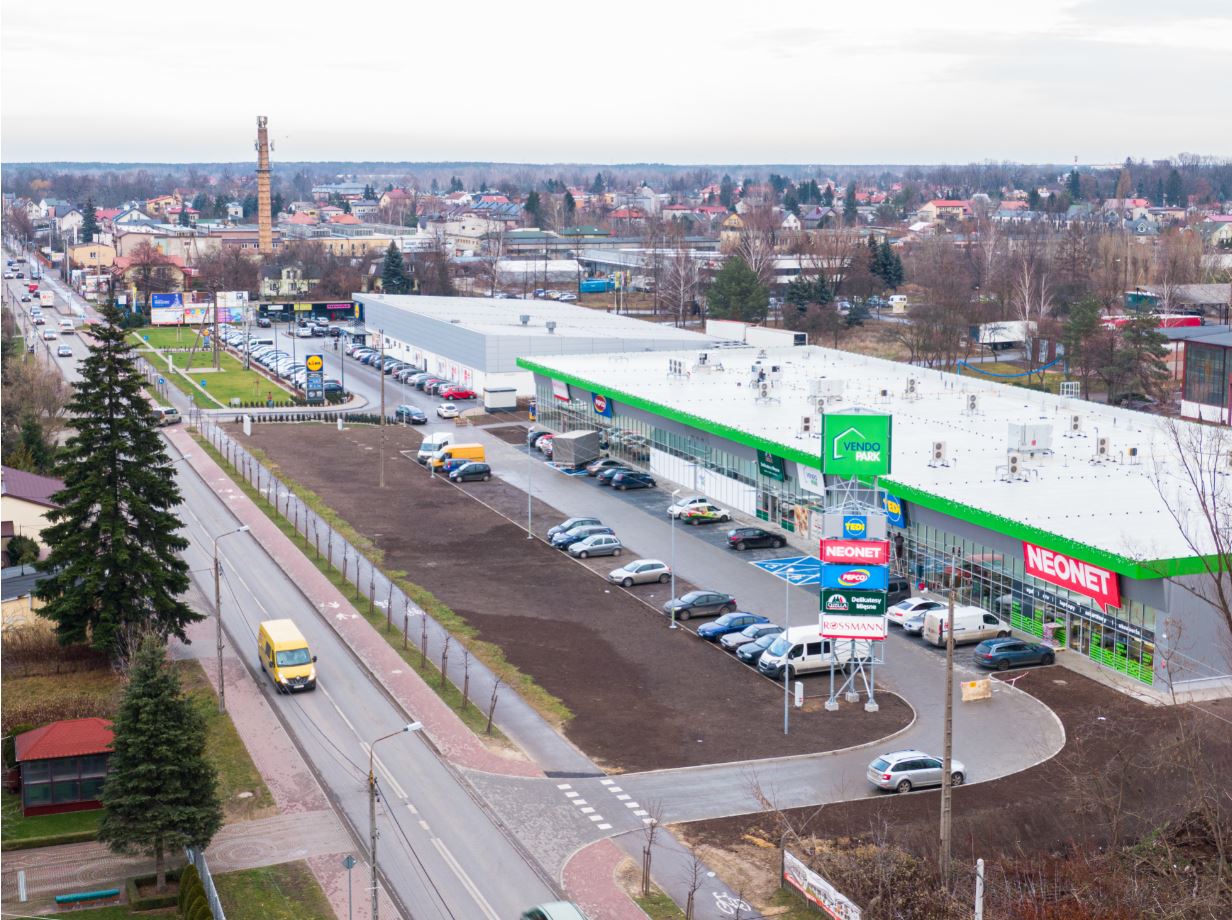 Trei Real Estate GmbH (Trei), a property developer and property asset holder for residential and retail real estate, continues to pursue its plans to expand on the Polish retail real estate market. The investor just now opened its 15th retail park in Poland under the Vendo brand in the town of Kobylka in the Masovian region. The total investment costs added up to 5.6 million euros. Kobylka has a population of around 22,000 and is around 25 kilometres away from Warsaw.

The footfall is boosted by a Lidl discount supermarket located next door to the new Vendo Park. The retail park is fully occupied. Its tenants include international retail chains, such as Rossmann (drugs), Tedi (textiles stationery, home furnishings) and domestic retailers such as Neonet (consumer electronics), Pepco (textiles and interior decoration) and Gzella (meat). Construction work for the retail park with a floor area of 3,250 sqm and 65 parking spots started in August of this year.

Jacek Wesolowski, Managing Director of Trei Real Estate Poland, commented: “Kobylka lies roughly 25 kilometres outside the national capital, and thus has great potential for us. The current trend in Poland shows clearly that more and more people are moving to the smaller suburbs of Warsaw. This trend is facilitated by the more affordable property prices outside the capital and the convenient access to downtown Warsaw.”

At the moment, Trei owns 24 Vendo Parks in Europe, fifteen thereof in Poland. Rather than acting as their developer only, the company also manages the Vendo Parks.