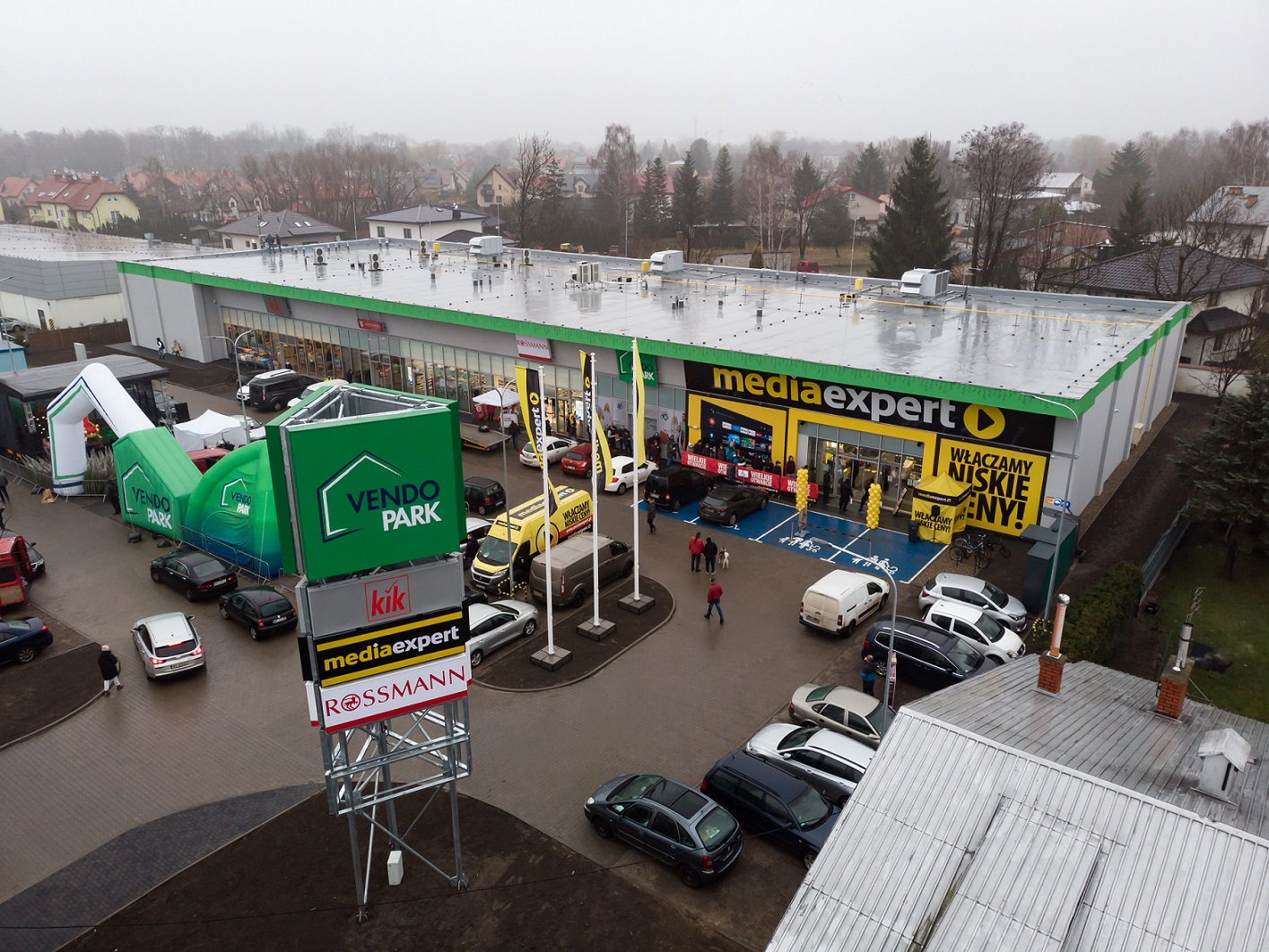 The combined leasing area of more than 2,000 sqm is leased in its entirety to KiK (apparel), Media Expert (consumer electronics), Rossmann (drugstore) and the butcher shop Zaklady Miesne Stanislawow. The asset occupies a plot of 5,200 sqm on Aleja Jana Pawla II and is located in the immediate vicinity of an existing Lidl discount supermarket.

The grand opening in Radzymin brings the Vendo Park portfolio up to a total of 39 retail parks, thereof 29 located in Poland and the others in the Czech Republic and Slovakia. “I’m proud to say that we topped the growth we had planned for the year by opening up eight new Vendo Parks in 2021. In addition, we enlarged the retail property in Pultusk and we have the next projects already in the pipeline”, commented Pepijn Morshuis, the CEO of Trei Real Estate.

Vendo Parks Trei completed and opened in addition to Radzymin this year are located in Zielonka, Mysliborz, Koszalin, Piekary Slaskie, Oswiecim, Inowroclaw and Chorzow. The retail park in Chorzow was the first that Trei developed together with the investor Patron Capital. Within the framework of a joint venture with Patron, Trei is planning to develop another 15-20 Vendo Parks in a combined value of €140 million. Two projects in Otwock and Skarzysko-Kamienna are currently under construction while another two in Lapy and Siedlce, respectively, are in the project planning stage.