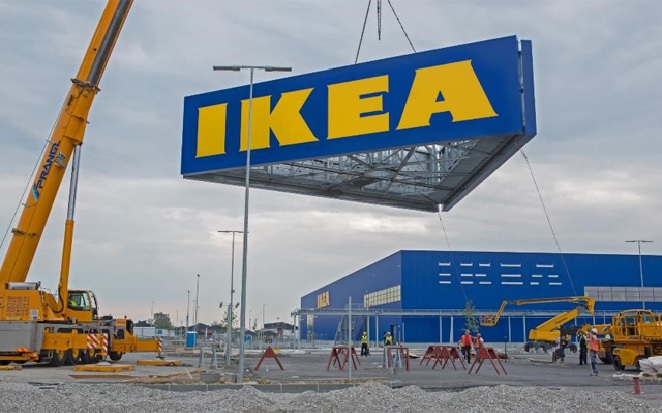 Update on the Construction of IKEA Store in Belgrade, Serbia – EuropaProperty

Site preparation and construction works of the first IKEA store in Belgrade’s Bubanj potok area are progressing at a fast pace. The company has already set up a landmark feature of its store, a 45 meter IKEA Tower.

The first IKEA department store in Belgrade is built according to the latest construction and energy efficiency standards. It will boast indoor and outdoor energy saving LED lighting, as well as a central building management system for reduced energy consumption.

Spreading over nearly 34,000 sqm, the IKEA store will offer around 9,500 home articles. The unit will also house a restaurant with a capacity for 500 people, a cafe and a children’s playground. Furthermore, the complex will also provide approximately 1,200 parking spaces and a charging station for electric vehicles.

The new IKEA store represents an investment of €70 million. As previously announced by the Serbian Government, the Swedish furniture giant is also planning to construct a new retail park on the same land plot.