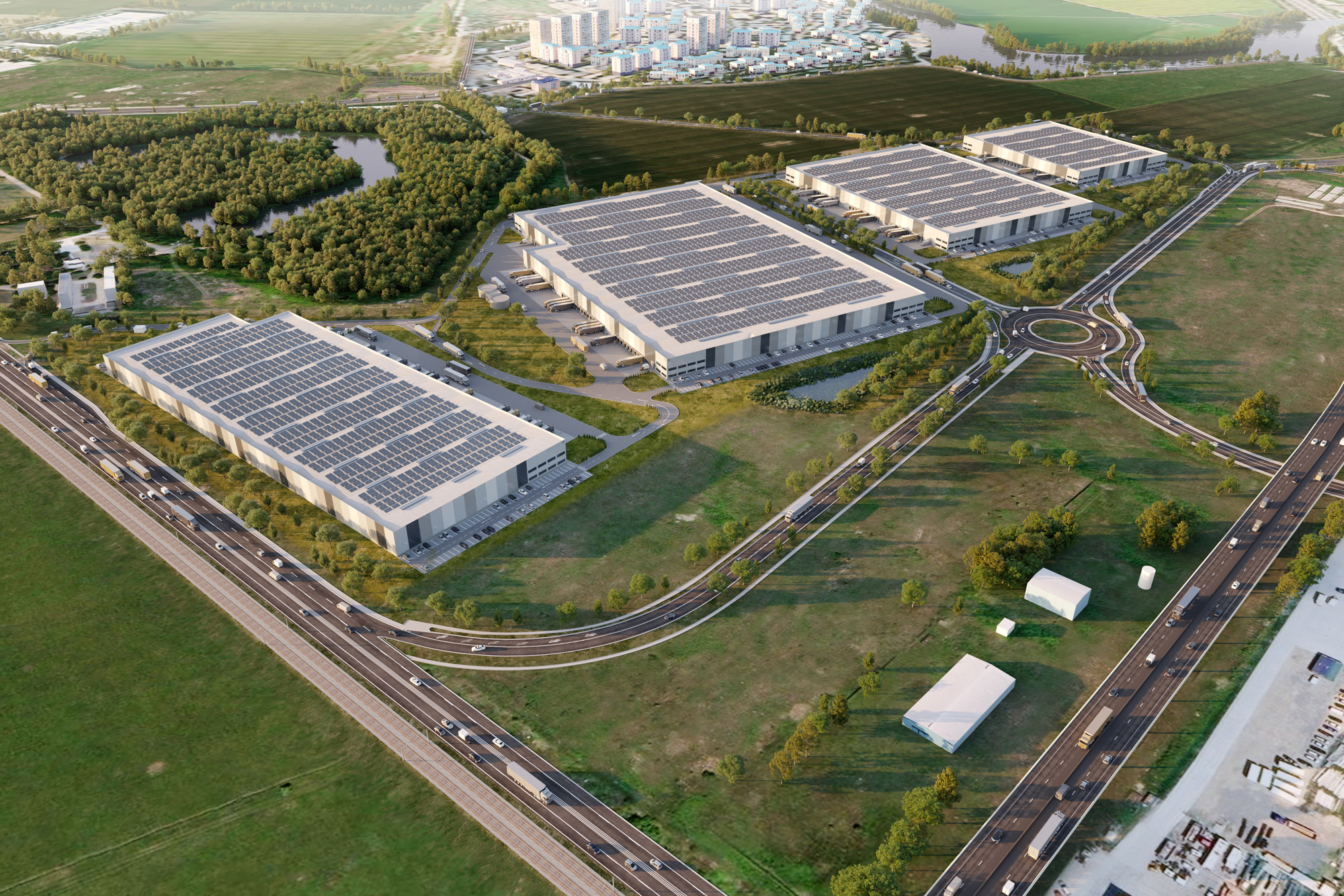 VGP, a pan-European provider of high-quality logistics and semi-industrial real estate, announced the acquisition of a new land plot in a prime location near Bucharest and the start of the development of its new multi-tenant business park VGP Park Bucharest.

VGP Park Bucharest is being developed on a land plot of around 250,000 sqm and will have a total potential lettable area of about 120,000 sqm divided over four buildings. The park offers flexibility to potential tenants in terms of layout and build-to-suit options.

The park is located in the northern part of Bucharest. Positioned exactly at the intersection of the A3 highway with the Bucharest ring road and having direct access to both, the park is located ideally for ensuring direct fast access to the city centre as well as a perfect connection for distribution around Bucharest and north-bound via A3 highway towards Ploiesti & Brasov. The site’s location, in addition to the labour availability in this part of Bucharest, makes it ideal for companies active in the logistics, e-commerce and retail industries, being a perfect site with direct access to the city centre for last-mile distribution.

Construction of the first building with a surface of 28,000 sqm is planned to be kicked-off in June 2021. Delivery is expected for December 2021.

Economically, Bucharest – the fourth largest city in the EU with a population of around 2.3 million people in the metropolitan area – is the most prosperous city in Romania with a number of large convention facilities, educational institutes, cultural venues, traditional
‘shopping arcades’ and recreational areas.

Bucharest also hosts almost half of the Romanian stock of modern A-class logistic space, estimated to about 5 million sqm at the end of 2020, thus being the primary market for the industrial real estate segment.

Adrian Crizbasianu, Country Manager VGP Romania, said: “We are very pleased to have acquired this strategically located land plot near the Romanian capital and thereby to enter Bucharest market as well. With technological changes and e-commerce continuing to be an important driver for demand for high standard facilities, we experience a solid demand from potential tenants. With this new park, we can offer high quality & sustainable premises on a top Bucharest location.”

VGP Romania, a subsidiary of the VGP Group with a long-standing presence in Romania since 2007, owns presently business parks in Timisoara and Sibiu as well as parks under construction in Brasov and soon in Arad. The Group has a total of 77 parks located in twelve European countries and is on a path of expansion in all of its markets.

VGP is committed to further implementing comprehensive and sustainable measures along its sustainability strategy to achieve carbon neutrality by 2025. VGP’s Corporate Responsibility Report 2020 underscores the company’s progress and commitment to strengthening sustainability efforts across its day-to-day business. An important step on the way to carbon neutrality has been the accelerated BREEAM (Building Research Establishment Environmental Assessment Method) certification efforts with a commitment of a100 percent of new buildings obtaining at least the ‘Very Good’ sustainable certificate, as well as the considerable expansion of the green power generation capacity of VGP Renewable Energy’s business to 42.5 MWp, with another 53.3 MWp in the pipeline. The VGP Foundation, founded in 2019, identified 16 initial projects.

VGP Park Bucharest will also meet the standards of sustainable construction solutions. All halls will undergo the BREEAM Very Good certification process which evaluates the implemented green solutions, such as the preparation of roofs for solar panels.