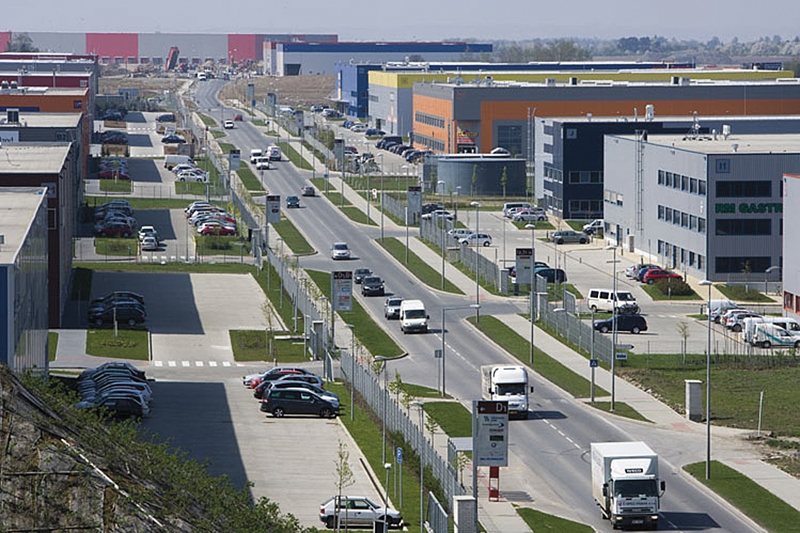 VGP and its joint-venture partner Tristan Capital Partners, an international real estate investment manager, have sold a portfolio of prime logistics assets and development land in the Czech Republic to Prague-based PointPark Properties (P3) for € 523 million.

The sale is one of the largest single logistics transactions by value in Europe of the past ten years, creating significant additional shareholder value for both shareholder partners. VGP will primarily reinvest its part of the sales proceeds in VGP’s core markets located in the mid-European region and especially Germany.

The transaction covers a total of 58 modern logistics buildings with a total of 627,000 sqm of lettable space and includes 36 hectares of development land, primarily around Prague. At the core of the transaction is VGP Park Horní Pocernice, one of the largest logistics parks in the Czech Republic, which VGP has been developing since 2006. During the years 2011 and 2012 VGP teamed up with its joint venture partner Tristan Capital Partners to further develop and manage this core real estate portfolio in the Czech Republic.

The sale to P3 is scheduled for completion during the fourth quarter of 2014, subject to the finalization of contract terms and regulatory approval.

VGP has been retained by P3 to continue providing property and facility management services to the disposed portfolio.

For VGP this deal will have a significant positive impact on its growth strategy which is concentrating more and more on the German market. While this market has already emerged as a new core market for VGP during the last two years with substantial amounts invested in the acquisition and build-up of a strategically located land bank i.e. located in proximity of important urban centres, the sales proceeds of the transaction received by VGP will enable VGP to accelerate the nationwide investment and project development activities of VGP in Germany.

Jan Van Geet, CEO of VGP, said: “This deal underlines the quality of what we have realised in the past and allows us to accelerate considerably our ambitious growth plans in the future. As we have been recording an increasing demand for high-end and modern industrial properties in Germany and Eastern Europe, now is an optimal time to sell and to re-invest the sales proceeds in new greenfield development projects.”