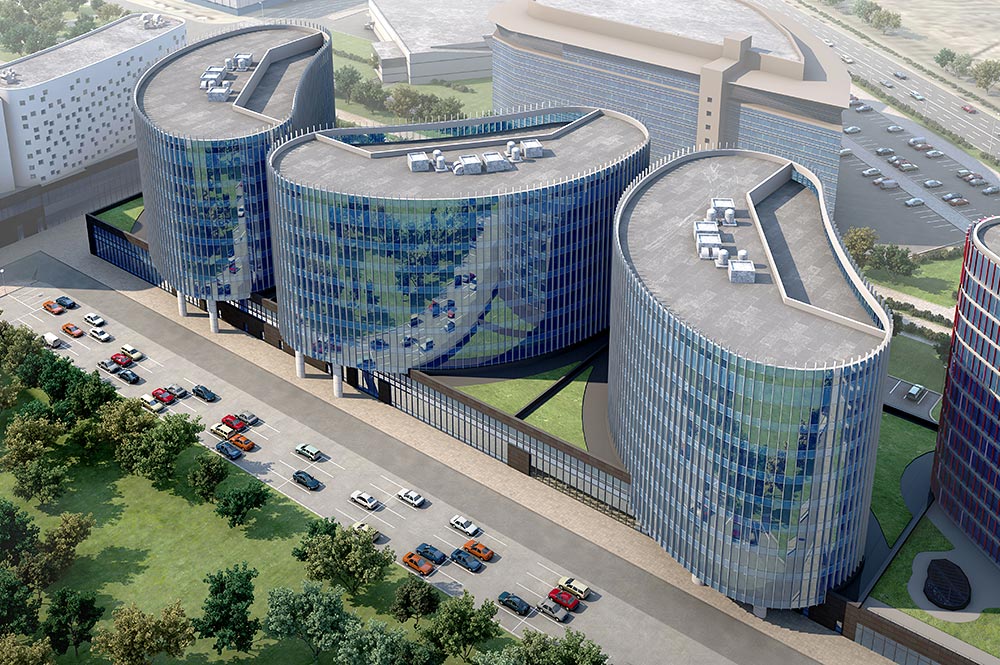 Warimpex Finanz- und Beteiligungs AG generated a net profit of EUR 66.5 million for the 2019 financial year – a record level in the more than 60-year history of the Vienna-based real estate development and investment company. This record result can largely be attributed to the sale of properties – first and foremost two hotels in Paris – as well as accounting gains and the completion of office projects in Poland that delivered stable cash flows in 2019. This resulted in a decline in revenues from hotels (down 20 percent), while revenues from offices saw a significant increase (up 28 percent).

“We are very satisfied with the previous financial year. The record result now has to be considered in the context of the COVID-19 pandemic: Warimpex’s financial base was solidified through hotel sales at the right time, and we will be able to push ahead with our development projects as planned this year,” explained Franz Jurkowitsch, CEO of Warimpex. “Fortunately, we have a very experienced and crisis-tested team that has already proven in the past – for example, during the global financial and economic crisis – that our business model is successful in even the most challenging times. Combined with our deep roots in our core markets and strong local networks and partners, Warimpex is therefore well equipped for the current and coming challenges.”

The medium- to long-term strategic course that was set in the years following the global financial and economic crisis was resoundingly confirmed last year. Under this strategy, Warimpex aimed to build up its property portfolio after the successful sale of hotel assets at optimal times; to strengthen its earning potential, particularly in the office property segment; to diversify its market and product portfolio; and to improve its equity ratio, which was 44 percent as at the reporting date. The share of the hotel segment, which is being hit particularly hard by the corona crisis, is now 14 per cent, while that of offices is 74 percent.

Focus on transactions, re-entry into the German market

The 2019 financial year was marked by the completion of office developments and successful transactions. Four real estate projects were successfully sold in 2019: first and foremost the Vienna House Dream Castle and Vienna House Magic Circus hotels in Paris along with the operating company for the Dvořák spa hotel in the Czech town of Karlovy Vary and an office property in Budapest.

By contrast, Mogilska 43 Office in Krakow was completed in May 2019 and added to the property portfolio, as was a hotel including a property reserve that was acquired in the German city of Darmstadt. Warimpex has been active on the German market again since the property reopened in September 2019. The hotel is currently being converted to the new Accor eco-lifestyle brand “greet” and will be repositioned on the market. Modern coworking offices will be added to the hotel’s offerings in order to provide flexible office space with short contract periods in the future. The three-hectare hotel site also has property reserves for the development of additional premium office and commercial space.

In addition, the company expanded its activities in the Russian city of St. Petersburg: Following the acquisition of a 35 percent stake in the project company AO AVIELEN A.G., the operating company for AIRPORTCITY St. Petersburg, Warimpex now holds 90 percent of the shares and started construction on another office tower (Avior Tower 1) with roughly 16,000 sqm of space in the third quarter of 2019.

The sale of the hotels in France and the Czech Republic led to a decline in revenues in this segment to EUR 10 million, which represents a drop of 20 percent versus the prior year. By contrast, revenues from the rental of office properties increased by 28 per cent year-on-year, improving to EUR 19.9 million. This can be attributed primarily to the purchase of the B52 office building in Budapest and the completion and opening of Ogrodowa Office in Łódź in 2018 as well as the completion and opening of Mogilska 43 Office in Krakow in May 2019. Total revenues rose to EUR 31.6 million, and expenses directly attributable to revenues advanced by 16 per cent to EUR 14.2 million. This results in gross income from revenues of EUR 17.5 million (up 3 percent). A disposal result of EUR 28.9 million was generated due to successful transactions.

EBITDA improved from EUR 4.3 million to EUR 29.9 million during the reporting period, primarily due to successful property sales. Depreciation, amortisation, and remeasurement fell from EUR 15.5 million in the prior year to EUR 14.9 million. EBIT increased from EUR 19.8 million to EUR 44.7 million as a result of gains on the sale of properties. The financial result (including earnings from joint ventures) rose from minus EUR 14.9 million to EUR 25.8 million. This includes an accounting gain of EUR 20.3 million on the purchase of loans of former minority shareholders of a Russian Group company as well as exchange rate gains in the amount of EUR 8.3 million (2018: exchange rate losses of EUR 11.5 million). The profit for the period increased from EUR 1.9 million in 2018 to EUR 66.5 million.

Current development projects are progressing according to plan. We have a number of exciting activities on the agenda, including projects in the Polish cities of Krakow and Białystok, the continuing development of AIRPORTCITY St. Petersburg, the refurbishment of the hotel in Darmstadt, and the creation of new offerings such as coworking spaces. The latter combines the best of two worlds with which Warimpex is very familiar: the short-term requirements of the hotel market and the longer-term orientation of the office market.

“The concrete medium-term effects of the current health crisis are very difficult to predict in general. Therefore, the Management Board and Supervisory Board have decided to propose to the Annual General Meeting that the net profit is carried forward to a new account, for the time being, to postpone the Annual General Meeting, and to evaluate the situation on an ongoing basis until the Annual General Meeting and revise the proposal for the appropriation of profits as necessary. However, Warimpex is on solid financial footing, even against the backdrop of the current COVID-19 pandemic. Therefore, we expect the positive and stable development of our business model to continue,” said Jurkowitsch in conclusion.