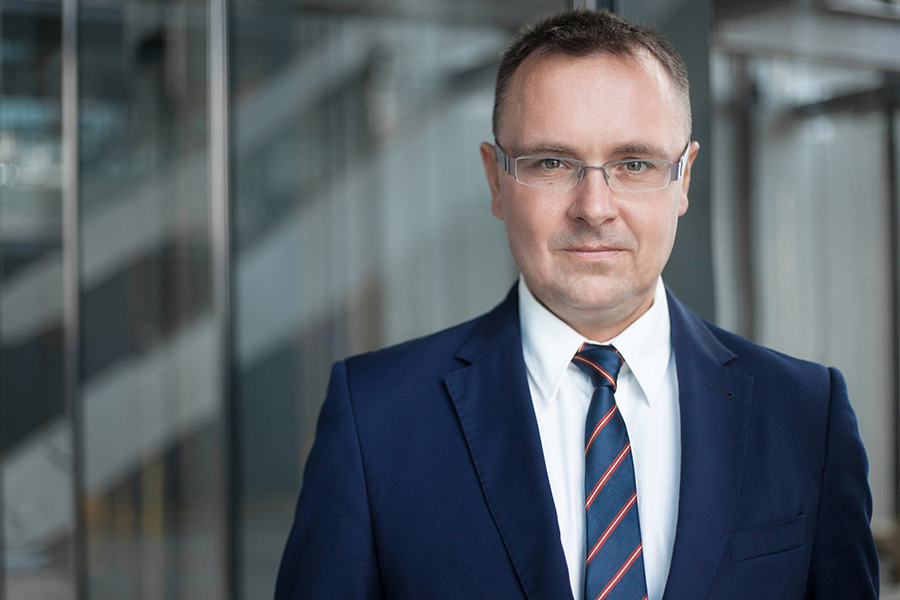 Bolesław Kołodziejczyk, PhD, Head of Research & Advisory at Cresa Poland on the impact of a new IFRS: In line with the current accounting standards, commercial real estate leases and operating leases do not have be treated as long-term liabilities. They are very often held off-balance sheet or only partially disclosed as short-term liabilities. As a result, businesses, including the largest listed companies reporting in accordance with the International Financial Reporting Standards (IFRS), are required solely to include upcoming operating lease instalments and rental payments in their balance sheets. This, however, will change as of 1 January 2019.

Balance sheets for reporting periods commencing after 1 January 2019 will have to disclose all the liabilities resulting from lease contracts, including operating leases and tenancy agreements, as long-term financial liabilities. This obligation will not apply solely to short-term leases of up to one year and low-value leases of up to EUR 5,000. These new regulations will certainly have a direct impact on the Polish commercial real estate leasing market with its liabilities estimated at EUR 8bn.

Impact of IFRS 16 on financial performance

Although the new standard will not shake the business fundamentals of companies, it will have an effect on their overall financial standing.

According to the guidelines of IFRS 16, liabilities will include discounted future cash flows from lease agreements while assets will disclose the value of the right to use premises throughout the lease term. Consequently, the debt to equity ratio will rise, sending a negative message to many investors, particularly to those market players who have, so far, not been fully aware of the actual costs and risks of operating leases.

Following the adoption of the new standard, net financial results of corporations will remain largely unchanged, but the actual difference will depend on the scale and degree of diversification of lease portfolios. However, with the lease term coming to an end and falling interest costs, their financial results will gradually improve until they are actually higher than they would have been prior to the introduction of IFRS 16.

EBITDA (earnings before interest, taxes, depreciation and amortization) is likely to rise significantly due to the replacement of operating costs generated by rental payments with a combination of depreciation and interest costs. The positive EBITDA evolution will, however, be accompanied by a considerable increase in the net debt to EBITDA ratio, which shows a company’s ability to pay back its debt with its operating profits.

Consequently, as a result of the new standard, real estate leases could be used to finance a company’s operation, which in the case of many businesses – particularly listed companies – could lead to increased cost of capital and a reduced growth potential.

In addition, the impact of the upcoming changes on companies will depend on a number of factors, including an interim model adopted during the initial phase. Businesses need to develop an optimum strategy towards adopting the new reporting standard.

Sectors that are likely to be most affected by the new standard include airlines, retail, tourism and transport. On the commercial real estate market, this impact will be most strongly felt by large retailers who lease considerable space volumes and whose rental costs account for a major part of their operating costs. This impact will, however, be cushioned by turnover rent paid by some large tenants as such rent will be a cost only in a given reporting period. Leading multinational warehouse and office tenants will be affected in similar fashion.

How could the market respond to the introduction of IFRS 16?

Long-term leases will become less attractive to tenants who will have to disclose their entire lease term liabilities in balance sheets, and only then will they be allowed to apply depreciation. To avoid the risk of a lower credit rating and financing costs, tenants may attempt to steer clear of long-term leases and resort to the following strategies:

• Real estate acquisition or construction of schemes for owner-occupation. This solution does require major capital expenditures, but may prove less costly long term, depending among others on the company’s weighted average cost of capital.

• Conversion of long-term leases into short-term contracts with an option to renew. Many affected tenants will attempt to renegotiate leases to turn their long-term liabilities into short-term liabilities and to secure an easy option to extend. Even if one-year leases are impossible, the average lease term will shorten. For instance, a tenant who would sign a ten-year lease today, would be more willing to enter into a five-year lease having the right to renew the lease for another five years on the same terms and conditions.

• Setting up subsidiaries. Subject to landlords’ consent, tenants will set up separate companies which will lease real estate for long periods and sublease such real estate on a short-time basis to their parent company that will thus maintain its balance sheet sum at the current level. Settlements within a group of companies will disclose this, but with such a solution in place individual companies of the group will be able to demonstrate a much better financial performance.

As a result, landlords will also have to adapt to the new market situation by broadening their range of services, or will occasionally have to lower rents or offer shorter lease terms. The market is also likely to see the emergence of independent firms serving as a bridge between tenants and landlords and delivering short-term lease services.

IFRS 16 will force the entire market to adapt to the new situation. Many tenants reporting according to the new standard will need to disclose higher interest costs in their income statements, leading to an unreasonable deterioration of their short-term financial ratios. Sale-and-leaseback transactions will become much less attractive. The planned changes are likely to benefit developers and companies having owner-occupied properties. Lease agreements will, however, remain instrumental in satisfying business accommodation needs in Poland.

At Cresa we are aware of the scale and impact of the upcoming changes on the real estate leasing market. To complement the range of our advisory services, we have added business audits of lease agreements and strategic consultancy in order to help lessen the consequences of a transition to the new reporting standard. We will support all our clients – both signing new leases and renegotiating existing contracts – in securing the best possible terms and conditions to reduce the negative impact of the new standard.