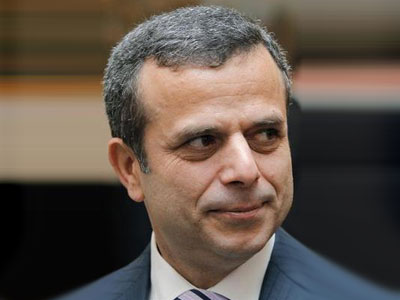 Zarakh Iliev and God Nisanov have been announced as the Russia & CIS Hotel Investment Conference (RHIC) 2014 Leadership Award winners. The organisers of RHIC chose to honour Iliev and Nisanov in recognition of their contributions to the development of the hotel industry in the region.

Zarakh Iliev and God Nisanov are well known for their successful achievements in the construction and development of shopping centres, which subsequently grew into huge retail complexes. The partners also own the Radisson Royal Ukraine Hotel, Radisson SAS Slavyanskaya Hotel and European Shopping Center, and have a growing pipeline of hotel projects in Moscow and other parts of Russia.

“It is a great pleasure for us to honour Zarakh and God with this award,” said Jonathan Worsley, chairman of Bench Events and RHIC co-organiser. “They are extremely well qualified as this year’s winner and their contribution over the years have truly made a difference to the hospitality industry in the region.”

The Russia & CIS Hotel Investment Conference will be held on October 20-22, 2014, at the Radisson Royal Hotel, Moscow. The awards will be presented to Zarakh and God at RHIC on 22 October 2014.