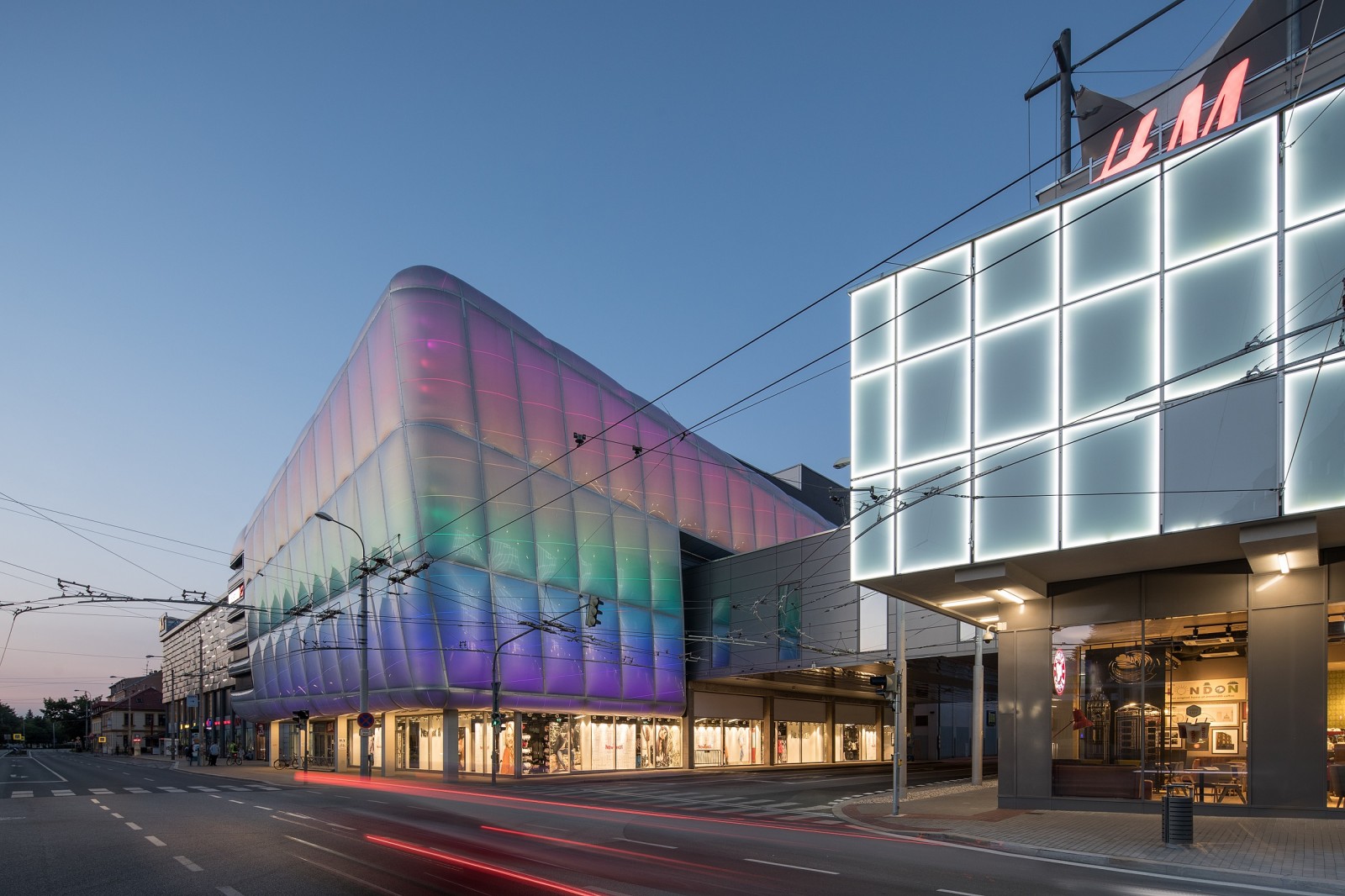 The rate of shopping centre development in Europe is slowing, with completions down 23 percent year-on-year at 3.8 million sqm 2017, according to Cushman & Wakefield’s latest European Shopping Centres report. Rather than developing new space, investors have been focusing on revitalising with emphasis placed on the quality of the environment, added services and experience areas. This trend is due to the gradual saturation of the shopping centre market, a shift in the demand among consumers and tenants, technological development and an increase in online commerce. Only a combination of good quality retail, a wide range of services and a leisure offering can create an environment that is not replicable online and that consumers crave. As a result, revitalisation in this sense is the primary key to success for shopping centres. Out of the total 98 shopping centres in the Czech Republic, 19 have been refurbished to date.

“The slow-down in the development of shopping centres in Europe is particularly the case in Western Europe’s more developed market, but also in the CEE region. Instead, many schemes are undergoing revitalisation. If the centres are to retain their existing customers, attract new ones and extend and improve the time they spend inside, then well-designed, high quality space with a large share of services (e.g., post office, medical care, realtors) and experience concepts (e.g., entertainment, educational, gastro) set within an attractive architectural interior design are a must for owners. The result is vibrant centres that fulfil various commercial, leisure and social purposes for all age groups, thus providing a unique destination for spending good quality time,” says Jan Kotrbáček, Partner and Head of the Retail Agency team at Cushman & Wakefield CEE, adding: “Eurovea is a good example of such existing centre. One could say that this multi-purpose complex has created a new centre of Bratislava.”

Out of the total 98 shopping centres in the Czech Republic, 19 have been refurbished to date. In terms of the total area, which amounts to 2.3 million square metres, refurbishment accounts for 32%. Approximately two-thirds of shopping centres in the Czech Republic (62) are older than 10 years; of these, 17 have been refurbished, including Centrum Černý Most, Centrum Chodov, Olympia Brno, Nový Smíchov SC, Futurum Ostrava and IGY Centrum České Budějovice, as well as others. In terms of the total sales space, these 17 refurbished centres account for 45% of sales area older than 10 years.

“The majority of shopping centres in the Czech Republic were built between 2004 and 2009. Refurbishment is usually undertaken after 8–10 years in line with the current design trends and, most importantly, changing customer and tenant preferences. Revitalisation is done to a varying degree, from minor changes such as a change of the flooring all the way to overall remodelling and extension, altered entrances, tenant mix, vertical routes (escalators), shape of the passages, introducing new technologies, opening or extending food courts, entertainment and other experience areas, which are becoming of key importance now,” says Jan Čížek, Head of the Shopping Centre Agency Team.

Looking ahead, the amount of new space set to be delivered in the next two years is estimated to be 6.6m sq m. However, there will be a significant East-West divide, with Western Europe expected to see a fall in volumes of 21.3 percent whilst CEE will experience growth of 12.3 percent. This will continue the trend over the last decade of Western Europe lagging behind CEE in terms of new space added.

In 2017, Russia was the second most active country in terms of development, despite annual completions falling from 1.6 million sqm in 2016 to 0.6 million sqm in 2017. This is partly due to the economic downturn in 2014 when the number of new projects starting construction decreased significantly and also a result of supply and demand reaching relative equilibrium in 2017. The structure of the pipeline for 2018 shows that developers have now shifted their focus from large-scale projects to smaller schemes.

Turkey’s shopping centre supply rose significantly last year, with 1.1 million sqm of new space, making it the most active country in terms of development and accounting for 47% of total completions in the CEE region in 2017. The 2018/19 development pipeline includes 1.4 million sqm of new space, with approximately 70 percent of this in Ankara or Istanbul, although this is set to slow due to the relatively weak trading environment and near saturation levels in parts of the market.

In Central Europe, 2017 saw a near 20% fall in the amount of newly-opened shopping centre space. However, the improving economic environment has led to higher wages and retail sales growth in the region. This has maintained interest from international retailers and supported retail development in Poland, Czech Republic and Slovakia.