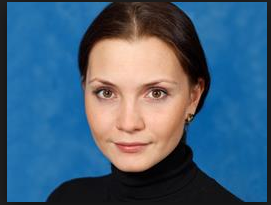 According to JLL, only three shopping centres entered the Moscow market in 2017: Vegas Kuntsevo (113,400 sqm), Vidnoe Park (24,000 sqm), and the retail part of Fili Grad multifunctional complex (12,000 sqm). The resulting annual figure of 150,000 sqm was the lowest in the past five years. It is worth mentioning that there were no deliveries during the first half of 2017.

“Declining completions is the main result of low developer activity due to the economic downturn in 2014-2016,” says Ekaterina Zemskaya, Regional Director, Head of Retail Group, JLL, Russia & CIS. “A lack of debt financing in 2015-2016 and adjustments of expansion strategies by a majority of retailers affected developers. The list of 2017 projects has shortened also due to postponed deliveries. Nevertheless, we expect that the real estate market will enter the new cycle next year, and developer activity will start to pick up.”

Low retail completions in 2017 mainly had an impact on the vacancy rate, which declined from 7.5 percent to 6.2 percent over the course of the year. The vacancy rate in prime shopping centres, those with high footfall and conversion rate, remained close to zero throughout the year.

“Taking into account a conservative completions forecast for 2018, we expect retailers to keep focusing on new operational shopping centres. As a result, the vacancy rate will not change significantly next year and remain close to 6.0 percent. However, new retail supply may increase to 567,000 sqm in 2019 and lead to an increase of the vacancy rate to 7.6 percent. This will happen if the three largest projects (Garden Mall SEC, multifunctional complex on Aminyevskoe Highway, and Salaris SEC), which may add 322,000 sqm to the market, are delivered,” notes Oksana Kopylova, Head of Retail and Warehouse Research, JLL, Russia & CIS.

“While Moscow is running short of attractive construction sites for developers, the structure of new retail supply is changing. During the next two years, a large part will be represented by small local projects, retail space in multifunctional complexes or transport hubs, as well as next phases of existing projects,” comments Polina Zhilkina, National Director, Head of Retail Advisory, JLL, Russia & CIS. “Nevertheless, neighbourhood projects are as attractive for retail operators as large-format shopping centres: they provide retailers an opportunity to locate closer to their customers, increase the frequency of purchases and boost brand awareness. Moreover, even large retail chains are becoming more flexible by optimizing occupied premises and developing small-format stores. Several grocery chains have already launched such concepts (Perekrestok, Azbuka vkusa, Auchan), and other large retailers have announced openings (Decathlon, Leroy Merlin, OBI, M.Video, IKEA).”

The international retailer activity in Russia in 2017 is comparable to the level of 2016, with 49 and 47 newcomers respectively. Moreover, some brands, which previously exited the market, contemplate a return. The American bags and accessories brand Coach, the French makeup brand Sephora, the German fashion-retailer Orsay, as well as several other European and Middle Eastern fashion-retailers unveiled their expansion strategies for 2018.

“Most 2017 newcomers have been luxury (18 percent) and premium brands (37 percent). It is notable that the share of luxury brands has doubled compared to 2016. The vast majority of retailers enter the market with partners. Among the key retail groups are Mercury, Bosco di Ciliegi, Crocus Group, JamilCo, Aizel Group, BNS Group, Kashemir & Shelk. Most of market entrants have opened their first stores in Moscow, while seven have chosen to enter the market through a regional city, primarily with the assistance of regional partners. Three new international brand stores have opened in St. Petersburg, two retailers have appeared in Voronezh, with one store each in Belgorod and Samara,” adds Oksana Kopylova.

Among the most notable 2017 debuts are the first European opening of the Italian cosmetics boutique Giorgio Armani Beauty, the Italian marketplace Eataly, the French jewelry retailer Mauboussin, the American media corporation Disney toys store, and the American sports brand Under Armour.

Meanwhile, nine international retailers have left the market in 2017: Accessorize, C&A, Debenhams, Finlayson, Kipling, LeEco, Mamas&Papas, Mexx, Takko Fashion. Decisions to close down monobrand stores have been predominantly caused by business restructuring rather than by the decline in sales.