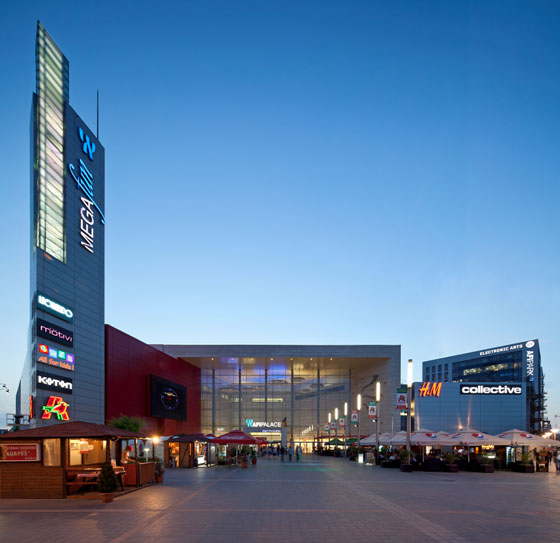 The increase in profit is attributed to new projects being finalized and inaugurated, such as the shopping mall AFI palace Ploiesti and the office building AFI Park 2 in Romania and a refinancing structure to Business Park Varna in Bulgaria.

The board of directors has decided to distribute dividends of €16 million. This shall be the first dividend distribution since 2006.

The total leasable area of the assets based on the proportionate share of AFI Properties is 544,000 sqm. The company’s equity totaled €589 million as of June 30, 2014.

AFI Palace Cotroceni shopping mall in Bucharest, the company’s largest and most important asset, continues to show improvement in its performance. The shopping mall’s net operating income in 2014 totaled €7.3 million for Q2 and €14.6 million for H1, which represents an increase of 2 percent and 4 percent respectively compared to the same periods in 2013. Based on H1 results, NOI for 2014 is assumed to pass €29 million.

In addition, AFI Palace Cotroceni showed stable results in shoppers’ footfall (visitors to the mall) with an average of 55,000 visitors per day in H1 2014. Current occupancy rate is over 98 percent.

On the office segment, following the signing with TELUS International Europe in AFI Park 3, AFI Europe Romania has completed the leasing of its first three office buildings, achieving 100 percent office occupancy rate. In Q2 this year, AFI Europe commenced construction of AFI Park 4&5, the 4th phase of the award winning office project, targeted to be finalized in October 2015.

“AFI Europe Romania is continuing to show improvement in the financial results. Following the inauguration of AFI Palace Ploiesti and AFI Park 2, AFI Europe Romania’s portfolio of income producing assets has grown significantly to more than 135,000 sqm of gross leasable area, with an average occupancy rate in all assets of 98 percent and an NOI of more than €18 million for the first six months of 2014. We plan to continue our momentum of developments with additional office buildings and shopping malls,” said David Hay, CEO AFI Europe Romania.

AFI Europe Romania is continuing its strategy of building a strong cash flow and is now focusing on the development of additional retail projects – AFI Palace B.Noi, the shopping mall to be constructed in Bucureştii Noi ,the retail park in Arad AFI Palace Arad and the new office project AFI Business Park located in Bucharest on Progresului Boulevard.