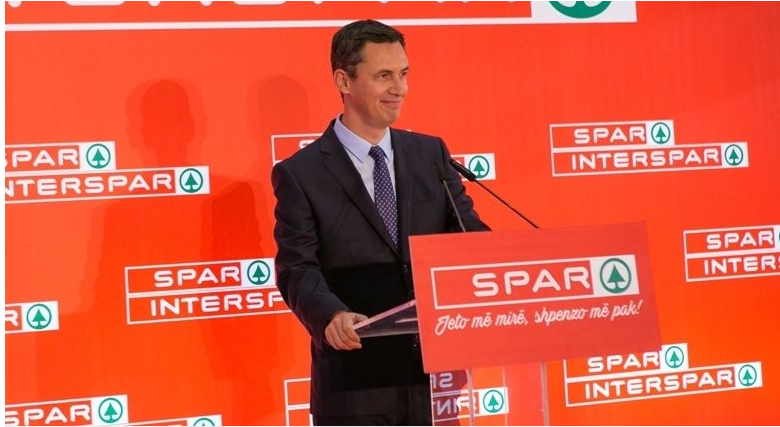 Spar has officially announced a new partnership with the Balfin Group at the opening of its first hypermarkets in Albania. The two largest food stores in the country opened on October 6, 2016 under the Interspar brand: 7,200 sqm in Tirana East Gate and 3,800 sqm in QTU, also in the capital.

Julian Mane, Vice President of Retail at the Balfin Group, commented: “Our multi-million-euro investment and ambitious plans for expansion are based firmly on our confidence in the Spar offering.”

The €50 million investment was made public at the end of last year.

Both shopping centers—Albania’s most successful—belong to Balfin, the largest private company operating in the country. The company entered into food retail in 2005 with the development of the Euromax chain and has been operating 15 large food retail stores under the Carrefour brand.

Julian Mane, commented: “For many reasons, the Carrefour stores were not doing so well. So we decided to enter and introduce a new brand like Spar to the market. Since we saw an opportunity, we started negotiations with Spar International. It took almost one year from the first contact until the opening of the first two hypermarkets last October.”

As part of the Balfin Group, Spar Albania will convert its 15 current supermarkets after it has developed its two Interspar Hypermarkets. By the end of 2017, Balfin plans to open over 100 supermarkets and 10 hypermarkets, creating the largest retail network in the country and investing over €50 million in the project.

Spar International’s Managing Director, Tobias Wasmuht, commented: “We are delighted to be partnering with Balfin, a leading privately owned Albanian business group, to develop Spar Supermarkets and Interspar Hypermarkets in Albania. Working in true co-operation with the Balfin Group, we are able to unite the best of international with the best of local, creating an excellent proposition of value, service, quality, and choice for our customers in Albania.”

Speaking of the partnership, Julian Mane, said: “We are delighted to be partnering with Spar. Our multi-million-euro investment and ambitious plans for expansion are based firmly on our confidence in the Spar offering. The expected growth of the Albanian market and our strong distribution and logistics capabilities will further strengthen the partnership. We look forward to bringing these new, modern store formats, excellent products, and great customer service to our customers in Albania.”

The launch of the Spar Brand has been complemented with a television campaign and city-wide outdoor advertising.

According to Mane, the Albanian market is still largely informal, which means that most of the sales are done in small, neighbourhood stores and are not 100 percent declared.

“This makes it a little difficult for organized chains to succeed, but we are seeing a lot of changes recently in the fight against informality that the government has undertaken. That means that the organized chains will take a larger share and we want to take advantage of this opportunity,” the Vice President of Retail continued.

Mane concluded: “As I’ve said, the business is still in its infancy, but the first signs are very positive and we are confident that we are going to be a dominant player in the market in a couple of years. We have prepared a short-term business plan that is based on a rapid expansion that is going to come from opening of own stores, a franchisee model, and, of course, from buying of existing chains. The potential sites for opening midsize hypermarkets have been identified and we are already negotiating on a couple of them.”