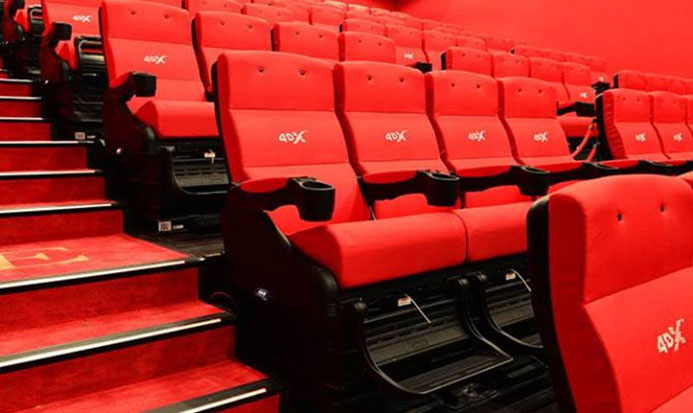 The new Mega Mall shopping center will have the first 4Dx cinema in Romania, operated by Cinema City, as well as a sports bar, a family leisure area and a playground for children. Mega Mall will open in Bucharest on April 23.

The new Cinema City multiplex will occupy one of the largest surfaces in the new mall. It will have 14 digital cinema halls, including a 4Dx auditorium. The 4Dx cinema will include high-tech motion seats and special effects including wind, fog, lightning, bubbles, water, rain and scents. These effects work in synchronicity with the action on screen enhancing the cinematic experience, by addressing all five senses.
“We aim Mega Mall to be a complete destination, where visitors can enjoy a hi-tech entertainment experience,” said Sorin Scintei, general manager of Mega Mall.

The mall’s entertainment area will include a sports bar which will broadcast football matches, a leisure area with electronic games and bowling (including bowling alleys for children). There will also be a playground for children, operated by Gymboland.

Mega Mall is a €160 million project developed by South African investment fund NEPI. The mall has a total surface of 210,000 sqm, of which 72,000 sqm of leasable area. It will have more than 200 shops and a Carrefour hypermarket.