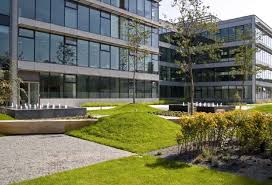 Following three quarters of solid transactional activity and an even stronger fourth quarter, Eastern European investment volumes have exceeded 2013 expectations by coming in 26 percent higher than 2012, according to recent research released by Colliers International.

At the start of 2013 Colliers forecast an uplift in investment activity across Europe, and by proxy Central and Eastern Europe, throwing down an estimate that volumes would reach €10 billion by year end.

“Appetite for European investment product and yield is on the rise and whilst some of this is coming off the back of a change in the operational capacity within the capital markets industry and a shift away from fixed income / safe-have government bonds, it is also being driven by economic recovery and increasing debt availability,” said Damian Harrington, Regional Director of Research for Colliers International, Eastern Europe.

“Overall volumes were already at 2012 levels by the close of Q3 and with the final quarter closing strongly, we surpassed our initial prediction of €10 billion for the year, clocking in at €11.14 billion for the Eastern European region, 26 percent more than 2012,” said the Colliers research.

Colliers considers that the lack of debt availability outside the three core Central and Eastern European markets of Russia, Poland and the Czech Republic, would hold some markets back during 2013 so it came as no surprise that these three markets collectively seized 83 percent of total transactional investment volumes for 2013.

However, compared to 2012 the share of transactions occurring outside these three core markets is increasing, suggesting that investors are moving up the risk curve in search of yield and opportunity.

The scale, size and quality of assets being transacted in Russia, Poland and the Czech Republic has been difficult to replicate in other markets and part of the reason they continue to dominate the volume of transactions occurring.

In 2013 the average deal size in Russia was €135 million, in Poland €52 million and in the Czech Republic €43 million – this compares to €25 million in Hungary and €24 million in Bulgaria while average deal lot size in the Baltics sits around €5 million.

“There’s no doubt that Poland and Russia continue to dominate and the Czech Republic continues to tick over nicely, but there are increasing signs of a turnaround in activity outside of the region’s core markets which will eventually translate into a larger total transactional volume for the region. We’ve also witnessed a pick-up in Europe’s more beleaguered markets in H2 2013, as investors become less risk adverse,” commented Colliers.

The Baltics have seen a swift turnaround in activity with investment volumes up relative to this time last year and further south and east, the likes of Hungary, Romania and Bulgaria are flickering back to life. However, until debt and product availability improves and investors develop greater confidence in the stability of these economies, investment turnover will remain constrained.