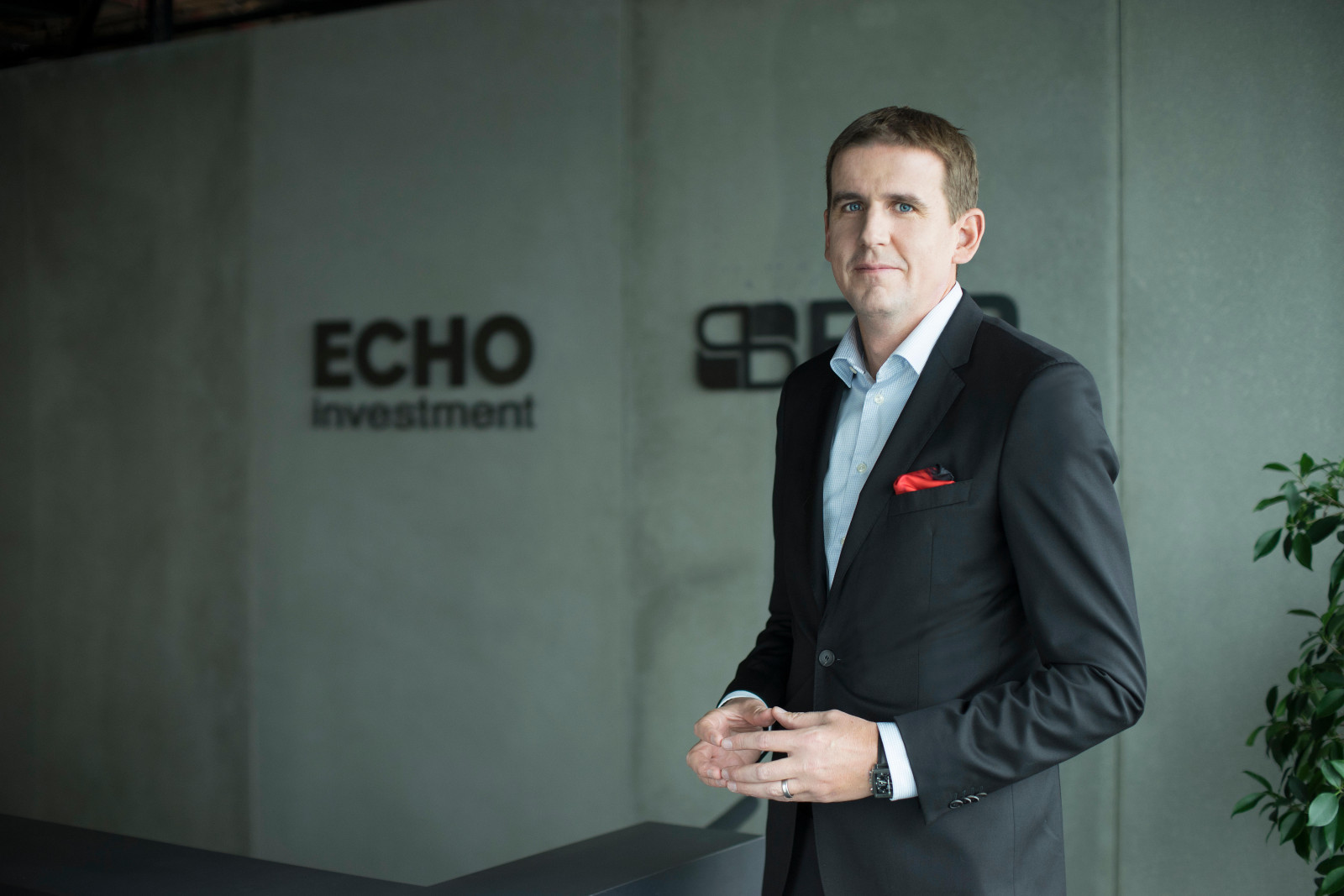 Hungary’s leading real estate company Wing has signed a preliminary agreement to acquire majority interest in Echo Investment, a Polish developer listed on the Warsaw Stock Exchange. Wing is a long-term regional strategic investor and sees great potential in Echo Investment. The new investor intends to continue growing the business consistent with the Strategy of Profitable Growth established by Echo Investment in 2016. This strategy has been executed by Echo Investment management team with whom the new shareholder Wing will work with the goal of continuing to develop the company and its properties.

Lisala, which is the main Echo Investment shareholder and owns c.a. 56 percent of shares, informed Echo Investment on the anticipated change in its ownership structure. According to the signed preliminary agreement, Hungarian real estate company Wing intends to acquire 100 percent of Lisala. The transaction is subject to approval by the Polish antimonopoly authority.

“During the last four years we successfully turned the company from a long-term holder of completed assets to a pure developer, in line with the Strategy of Profitable Growth. Echo Investment is well prepared to continue growth in Poland, building residential, office and the urban destination projects. We have almost 90 projects in the pipeline, with the total estimated usable area of c.a. 1.3 million sqm. With the support of a new, long-term investor also being a developer, we are convinced that Echo Investment will continue its growth and strengthen its market position,” says Nicklas Lindberg, CEO of Echo Investment.

“Following its successes in Hungary, as a long term, value driven, financially stable strategic investor Wing set regional expansion as a strategic goal and identified the Polish market as the most attractive target destination. Wing sought to invest in a platform, a profitable operating company with long term growth potential. In Echo we believe that we have found the ideal opportunity to enter the Polish market. The company is a highly professional, reputable, market leading developer staffed by an outstanding team. Wing’s success has been based upon having the finest team in the Hungarian market, a team made up of ethical, hardworking professionals who are reliable and deliver the highest levels of performance. Wing’s track record of delivering complex building solutions to major international tenants underlines this performance. Wing and Echo will mutually strengthen each other on multiple levels and lead to further opportunities for development for both companies. With our acquisition of Echo, we will establish a market leading regional player in CEE, and we look forward to generating exciting new opportunities in the future,” says Noah Steinberg, Chairman and CEO of Wing.

Wing is one of the largest privately owned Hungarian real estate companies and a leading Hungarian developer and investor. Wing has developed over 1 million square meters of buildings in Hungary in the 20 years since it was founded. Wing owns a large development and investment portfolio as well as subsidiaries specialising in asset management and property & facility management and architectural design. Wing has delivered complex building solutions for major international tenants such as Telekom, Ericsson, Allianz, E.ON, Siemens, Accor, GE Oil and Gas, Philip Morris and many others. The company was established in 1999 and today has a development pipeline of approximately 325,000 m2 and owns a standing portfolio of 740,000 sqm. The company is active in all segments of the real estate market including office, retail, industrial, hotel and residential. Wing was the first real estate company to list bonds on the Budapest stock exchange and remains the leading real estate bond issuer in Hungary.

Echo Investment is the largest Polish developer, the only one on the Polish market with extensive experience in three sectors of the real estate market: residential, retail and office. As a socially responsible developer, Echo Investment is involved in large city-creating projects combining various functions. It creates places where people can work, live, play, and satisfy their everyday life needs.

The company is a pure developer focused on seven major Polish cities: Warsaw, Kraków, Łódź, Wrocław, Katowice, Gdańsk and Poznań. It has already completed over 160 projects with a total area of 1.7 million sqm.

Since 1996 Echo Investment has been listed on the Warsaw Stock Exchange.