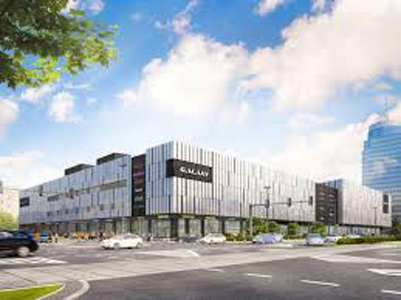 For the third time customers recognized a Szczecin-based GALAXY shopping centre with the Golden Client Laurel 2017 as well as the Client Laurel – GRAND PRIX 2017.

The Consumer/Client Laurel is an over 10-year-old countrywide consumer project which each year awards the most popular products and brands, in their respective categories. The winners are selected based on a vote of at least 1,000 respondents. This year the jury also took into account online votes coming from over 15,000 sites. Previously, Galaxy shopping centre has been awarded twice as the most distinguishable shopping and entertainment destination in the region. Three consecutive titles give a right to the GRAND PRIX award presented to a very limited number of service providers or manufacturers.

“This is an exceptional award which shows our customers that they deal with a popular, respectable and trustful brand,” said Marzena Libura-Michniewicz, Consumer Laurel competition manager.

Galaxy shopping and entertainment centre was opened in October 2003. Customers have the opportunity to shop and be entertained in an array of stores, boutiques, and service points in addition to a rich gastronomy offer. A modern, multi-screen movie theatre, a bowling alley with 14 lanes, pool and the ‘Game Town’ simulation games arcade as well as playgrounds add to the attractiveness of the place. Perfectly located, Galaxy has a number of transportation links with all parts of Szczecin.