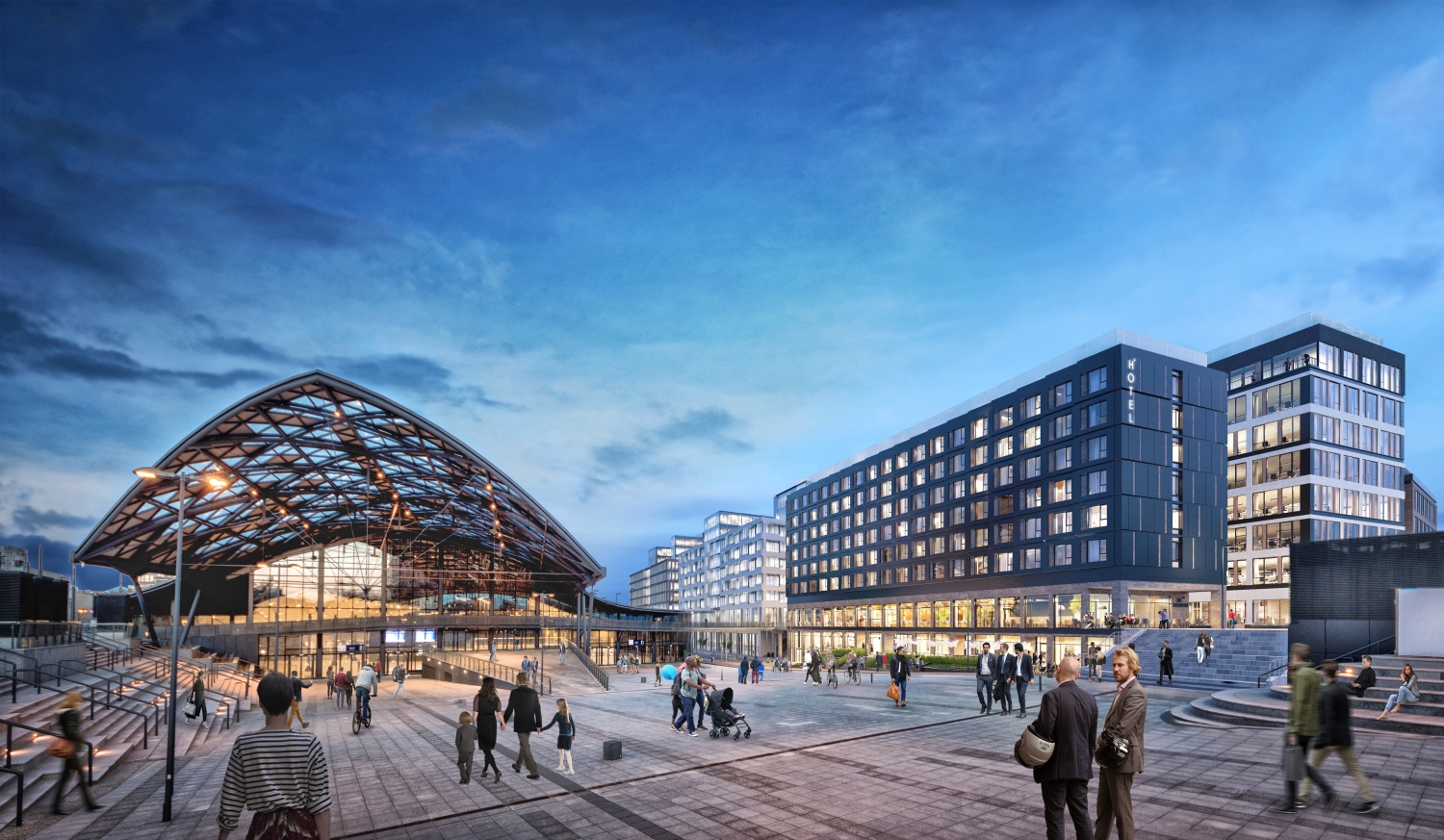 MIPIM 2019, the most prestigious property market event in the world, has started. At the event Ghelamco Poland is showcasing to the international audience its flagship projects in Warsaw new business centre, namely The Warsaw HUB, Warsaw Unit and the legendary Warsaw Spire, as well as the planned project in the New Centre of Łódź.

MIPIM fair is the most important event on the real estate market. Every year for 30 years now, the most influential players from the real estate industry from all sectors, i.e. office, housing, commercial and warehouse, come in mid-March to Cannes, France. At this year’s edition, Ghelamco Poland is presenting its projects at stand P-1.G50 and at the stands of Municipal Offices of the capital city of Warsaw and of Łódź.

“At the fair Ghelamco is showcasing its major projects. In Warsaw alone we currently have 4 pending skyscrapers with the total lease space of 170,000 sqm. In the area of Rondo Daszyńskiego we are developing a new Warsaw business centre, on a scale yet unseen in the capital, whereas in the very heart of Łódź we are delivering its new centre,” says Jarosław Zagórski, Commercial and Business Development Director, Ghelamco Poland.

Visitors from all over the world will have the chance to learn more about, among others, The Warsaw HUB, i.e. Ghelamco’s biggest and most innovative project. The multifunctional complex of three skyscrapers, which is being built in Warsaw’s Wola district, will be a place combining the worlds of modern technology and business. It will provide tenants with 113,000 sqm of modern space, which will host, among others, state-of-the-art office and co-working premises, two hotels, a centre of cooperation between corporations and startups, conference rooms, a fitness centre, and numerous commercial spaces in the underground convenience centre. The building will have direct access to the Rondo Daszyńskiego metro station as well as a dedicated parking lot for cyclists with locker rooms and showers.

Another Ghelamco skyscraper is being built next to The Warsaw HUB, namely Warsaw UNIT. Over 200-metres high building will provide tenants with around 57,000 sqm of modern office space on 45 floors. The project’s uniqueness lies in its architecture, which refers to the modernist heritage enriched with innovative solutions such as kinetic facade known as the “dragon skin”. It will visibly react to every, even the most gentle, puff of wind, forming on its surface unique images modelled by forces of nature. This solution will be used in Poland for the first time. The ground floor of the skyscraper will host commercial spaces and food amenities, available for all from the street level. Like all Ghelamco’s projects, the building will be equipped with parking lots for cars and bicycles.

The developer will also remind visitors of Warsaw Spire, its flagship project which in 2017 as the first building from Poland got the “real estate Oscar”, i.e. MIPIM Awards. Still the highest office building in Poland, today Warsaw Spire is a landmark of the dynamically growing Warsaw and home to many international organizations. The skyscraper also triggered the dynamic transformation of the post-industrial part of Warsaw’s Wola district into a vibrant business city. In 2017 and 2018 the two lower buildings of the Warsaw Spire complex along with half of the shares in the tower were sold for the total of €435 million.

When it comes to regional projects, Ghelamco will present New Soho, a part of New Centre of Łódź which had its premiere at last year’s MIPIM. The project will be delivered in three stages. Carefully arranged walkways with cafes, wine bars and restaurants along them will be an integral part of the project. Small streets with commercial spaces, closed for car traffic, will be created also on further stages of the project implementation.