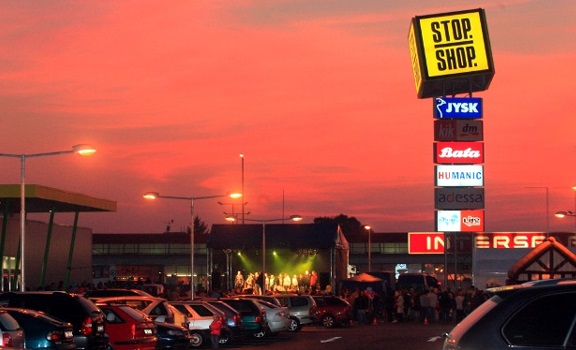 Immofinanz, an Austrian real estate developer, began the construction of its fourth retail park in Serbia, STOP.SHOP Lazarevac. As announced by the investor, the project is scheduled to be completed in September 2017.

STOP.SHOP Lazarevac will occupy a leasable area of about 10,000 sqm, housing 23 retail units, as well as nearly 160 parking spaces. Its construction will boost the local economy by generating around 300 new jobs.

In 2017, Immofinanz will complete the development of two more retail parks in Serbia, located in the towns of Vršac and Požarevac. The company entered the local market in 2015 and currently operates three STOP.SHOP retail parks in Niš, Valjevo and Čačak.

According to Darko Grizelj, Real Estate Manager at Immofinanz, there is significant potential for the expansion of retail parks in Serbia.

He noted the existing projects have been recording a strong performance, attracting value conscious shoppers and experiencing a strong demand from tenants. As a result, Immofinanz aims to further expand its retail park portfolio in Serbia in 2018 to at least three new locations.