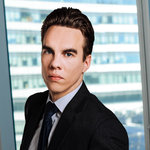 Industrial market shows its strong side in Poznan – EuropaProperty

The region’s strongest point is the close vicinity of Germany, which has traditionally been the main market for goods and services exported from Poland, and a well-developed road network (e.g. A2 motorway, S3 expressway). Together with ready access to a relatively cheap and highly qualified workforce, as well as lower business costs, the region is an attractive alternative for companies looking to open new warehouse and distribution centres which could operate not only across Poland, but also in eastern Germany. Amazon’s distribution centre, built from the ground up and opened in 2014, is a perfect example of such investments.

“The region’s warehouse market will also benefit from the opening of the new Volkswagen factory in Września near Poznań, as it will be necessary to provide suitable warehouse and industrial space to the company’s many subcontractors,” said Marc Le Bozec, Head of Industrial & Logistics Agency at DTZ.

For the last few years, the demand for warehouse space in the Poznań region has remained at a high level of ca. 400,000 sqm per year. What is more, the demand for new warehouse space in Q1 2015 exceeded 100,000 sqm, which is the best result for the region to date, and provides a strong basis for expecting the level of warehouse space leased in 2015 to be higher than in the previous years. As a result of a high demand on the part of the tenants, the vacancy rate for warehouse buildings in the Poznań region was one of the lowest in Poland, at 1.5 percent as of the end of Q1 2015. This low level of unleased space in the region has been strongly influenced by the fact that a large majority of new warehouse schemes are either built to suit or pre-let, which means that a large portion of space in a new warehouse is leased before the construction even begins.

On the other hand, a high demand for warehouse space in the region and exceptionally low vacancy rates may result in an increasing pressure on rent, which has remained at the average level of 3-3.5 per sqm per month. Another factor which might possibly deter new warehouse investments in the region is a decreasing availability of highly qualified workforce, and the need to compete for the best employees mostly in terms of salaries.

“Recently, there has been a growing interest in warehouse space in the Poznań region. Due to a high demand on the part of the tenants and unprecedentedly low vacancy rates, the tenants find it harder to get satisfactory effective rent rates. It has also become more difficult to find warehouse space for seasonal projects or buffer stock”, said Marc Le Bozec.

To sum up, the Poznań region is one of the most attractive warehouse markets in Poland at the moment, and given both the current and projected level of demand, as well as ongoing and planned investments in the region, it may well become the second largest warehouse market (after Warsaw) in the next 5 years. The close proximity to the German market and a well-developed transport infrastructure will remain the main factors attracting the investors to the region. On the other hand, we should expect an increase in labour costs and lower availability of highly qualified employees, which may result in a slightly lower competitiveness of the region as compared to other warehouse markets, such as Lower Silesia or Szczecin.