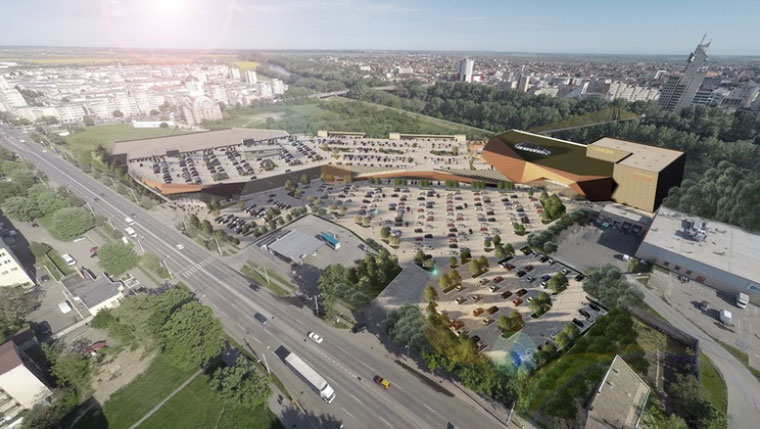 New Europe Property Investments Rockcastle (NEPI Rockcastle), a leading commercial property investor in Central and Eastern Europe, has started the construction of Shopping City Satu Mare, its 18th shopping center in Romania.
The 29,000 sqm shopping center is an investment worth €40 million and is scheduled to be completed at the end of 2018, the developer announced.
The project will be the first shopping center in Satu Mare, a city of 100,000 inhabitants in North-Western Romania. According to NEPI Rockcastle, the mall will house more than 90 brands, some of which will enter the Romanian market for the first time. In addition to a diverse retail offer, its tenant mix will also feature a modern multiplex cinema.
In 2018, NEPI Rockcastle also plans to begin the construction of a new mall in Targu Mures, as well as to expand or reconfigure some of its existing retail properties in Romania such as Promenada Mall in Bucharest and Shopping Center Sibiu.
The Group is currently positioned as the biggest real estate developer in Romania based on asset value. Its portfolio in the local market was valued at more than €2 billion at the end of 2017.