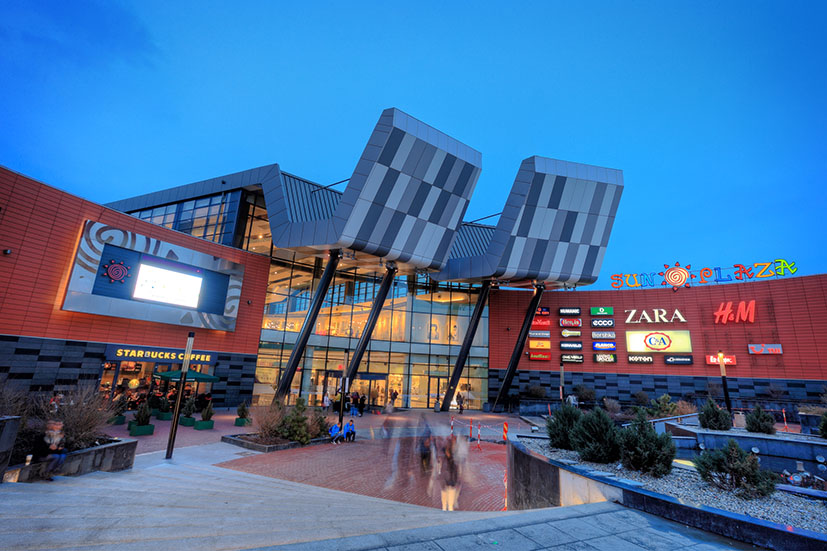 S IMMO AG has completed the first part of the remodelling process for Sun Plaza shopping centre in Bucharest. The newly reconfigured area within Sun Plaza has now opened to the public, hosting seven new shops with a total leased area of 7,800 sqm. First remodelling works include the creation of a new shopping area on level -1, more generous shopping space for H&M, C&A and Bebetei, four new brands – Altex, Terranova, O Bag and Autograf – as well as redesigned access from the subway and the underground parking.

Phase 1 totals 7,800 sqm of redesigned shopping space displayed on three levels, out of which 2,000 sqm are occupied by four new tenants: Altex, Terranova, O Bag and Autograf. Anchor tenants such as H&M, C&A and Bebetei have relocated their stores and now enjoy improved areas.

The existing subway access tunnel was extended and connected to the mall extension. As of March 23rd, the tunnel will be equipped with an approximately 40 m long art installation, designed by Peter Kogler, one of the most renowned and internationally successful Austrian artists.

Major changes include the opening of a new shopping area on level -1, where Altex and Bebetei will be located, as well as new access to the underground parking and a new elevator connection.
“For over six years, millions of people have visited Sun Plaza in search of a sunny oasis of shopping, relaxation and fun. The centre managed to gain its position as the dominant retail scheme in the Southern part of Bucharest and the remodelling aims to further strengthen it, by adding more brands, trading up the centre and gaining further fashion competence. With the completion of the first stage, we are just at the beginning of a transformation that will bring Sun Plaza closer to its customers’ needs. The construction works will continue at fast pace in the next few months, so more changes are still to come,” said Friedrich Wachernig, member of S IMMO AG’s Management Board.

The upgrading process of Sun Plaza started in the first quarter of 2016 and is expected to be completed in the first quarter of 2018. The remodelling works will add to the scheme 11,000 sqm of high-quality retail and leisure space for up to 40 new stores. Apart from the 11,000 sqm, other 9,000 sqm from the existing retail units will be redesigned during the remodelling process.