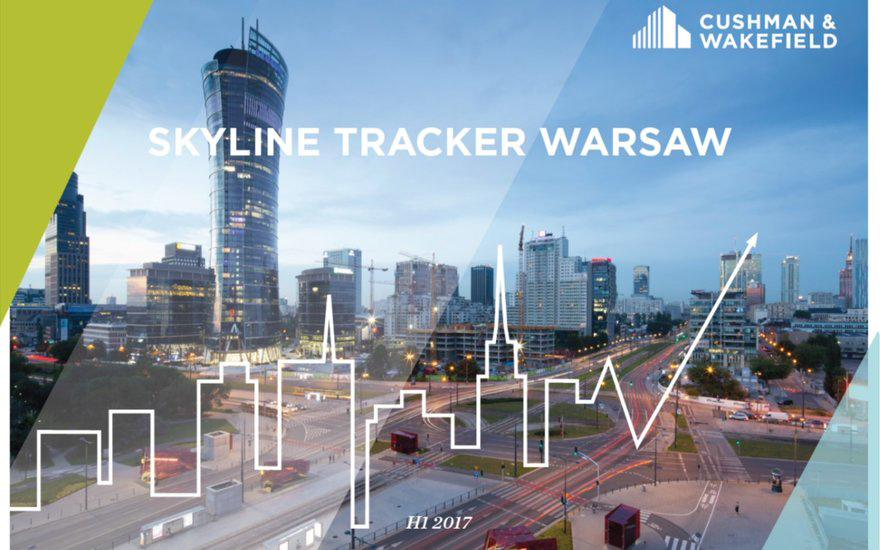 The largest increase in available office space was recorded in the last 18 months in which developers delivered 540,000 sqm to the market, representing a supply rise of 11.5 percent. Office supply hit a record high in 2016 with 410,000 sqm put into use. Warsaw’s total office stock topped 5.1 million sqm at the end of H1 2017.

“The rapid growth of the Warsaw office market over the last year and a half has led to geographic changes to two of the capital’s three key office zones,” said Kamila Wykrota, Partner, Head of Consulting and Research, Cushman & Wakefield Poland. “The City Core is expanding westwards and northwards, while the Central Business District is growing northwards and eastwards.”

60 percent of existing office space is located in Warsaw’s three core office zones: the Central Business District, the City Core and Służewiec, accounting for only 4 percent of the city’s total area.

At the end of June 2017 the development pipeline stood at 720,000 sqm, 67 percent of which was located in the Central Business District and the City Centre West. The six largest office projects under construction include Varso, Warsaw Hub, Mennica Legacy, Generation Park, Spark and Spinnaker. They are expected to provide 370,000 sqm of new office space, accounting for more than half the development pipeline.

Despite significant year-on-year fluctuations, the rate of growth of the Warsaw office market remains stable with limited changes in average supply levels in the longer term. This shows that the Warsaw market has reached another stage of maturity,” said Kamila Wykrota.

“As we are witnessing an increasing tenant bias towards central locations, we expect an increase in office projects in the Central Business District with about 310,000 sqm to be added to this market by 2021, representing a 37 percent rise,” added Kamila Wykrota. “We also expect increased interest over the next three to five years in the City Centre North, the area near the junction of Sobieskiego and Beethovena streets in the Mokotów zone and in the Praga district of the East zone, all benefiting from infrastructure improvements, revitalisation of post-industrial urban areas and a holistic approach to spatial planning.”