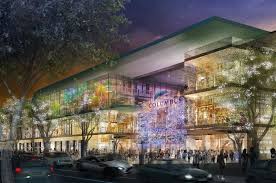 The MARi mixed use complex had considerable impact on the overall vacancy rate. The company estimated the complex’s vacancy rate at 85 percent. Other major shopping centres opening in 2015 opened with a small number of shops, but are successfully being populated with tenants.

In the current situation, most of new projects are opening half-empty – their occupancy rate is 30-40 percent on opening day, whereas in the past few years, this figure stayed at an average of 80 percent. Nevertheless, most shopping centres that are about to open have signed agreements to lease 70-80 percent of their space. This discrepancy arises because of the financial difficulties of retailers who do not start the interior finishing of their spaces on time.

Turnover decline and rouble devaluation continue to affect the market. Early in the year, many retail operators revised their business strategy and adopted various measures to optimise their chains, such as closing or changing the format of inefficient shops. Incity and Melon Fashion Group downsized the most radically. Stockmann, Adidas, M.Video, Sportmaster, LPP Group shops, Burger King and others also optimised their chains. Nevertheless, many retailers are ready to enter the market and develop if economic stability and growth resume.

The number of international operators is not falling as sharply as in 2014. Since the beginning of 2015, six brands announced their departure from the Moscow market: Carl’s Jr. (USA), Arnolds Bakery & Coffee Shop (Finland), Lindex (Finland), Flormar (Italy), Herve Leger (France) and Hauber (Germany). French DIM announced the closure of its proprietary shops in Russia and the transition to a franchise. At the same time, since the beginning of the year, 11 international operators entered the Moscow market, and 13 more plan to open by the end of the year.

Despite the general uncertainty in the market, many participants have already adapted to the situation and use it to improve their standing. Such large operators as Leroy Merlin, Uniqlo, KFC, METRO and others have announced plans to expand their chains. However, they are more careful in their business development strategy and are ready to open new sales points only in successful shopping centres with existing customer flow.

The grocery and DIY market segments retained the most stable consumer demand. In particular, the grocery discounter chains Dixy, Pyaterochka and Magnet saw active development, which is characteristic for such businesses in crisis periods. The highest decrease in demand and retail turnover occurred in the fashion, restaurants and entertainment segments.

Property owners various incentives to tenants, though this has not lead to a significant increase in demand for space. Rental rates and leasing terms will remain unchanged until the end of the year.

The amount of new retail space in 2015 will be about 498,000 sqm. In this case, another 11 shopping centres and phases of existing shopping centres with a total sales area of 434,000 sqm are planned to open before the end of 2015, in line with Moscow developers’ plans. However, according to Colliers’ estimates, five projects with sales area of 280,000 sqm will be postponed to 2016. As a result, the increase will not exceed 154,000 sqm in the second half of the year.

Anna Nikandrova, regional director of the retail agency department at Colliers International Russia, commented: “Rental rates in the near future will stay at their current reduced levels. At the same time, the diversity of rental payment format on the market allows owners and tenants to find compromise and agree on an acceptable option for both parties. The strengthening of the rouble in Q2 2015 and some stability in the currency markets enable tenants to do business calculations and rent space. Given the recent weakening of the rouble from the highs reached in May, the market is understandable, and no one is expecting its strengthening – market participants have learned to work in the new reality.”

Olesya Dzuba, head of research at Colliers International Russia, added: “The slowdown of real estate development activity and the decline in consumer demand have become the determining factors in the retail market. Construction of shopping centres in Moscow in H1 2015 has slowed, no new major projects have been announced, and on the projects that have been announced construction work have not started. This means that in the two- and three-year term, the market will see a reduced amount of new space and a resulting decline in vacancy rates. In the short term, the consumers’ purchasing power could continue to decline until it relative stabilization of consumer prices and the financial climate in the country. Nevertheless, Russia, and Moscow in particular, remain the largest consumer markets with high growth potential in the long term.”