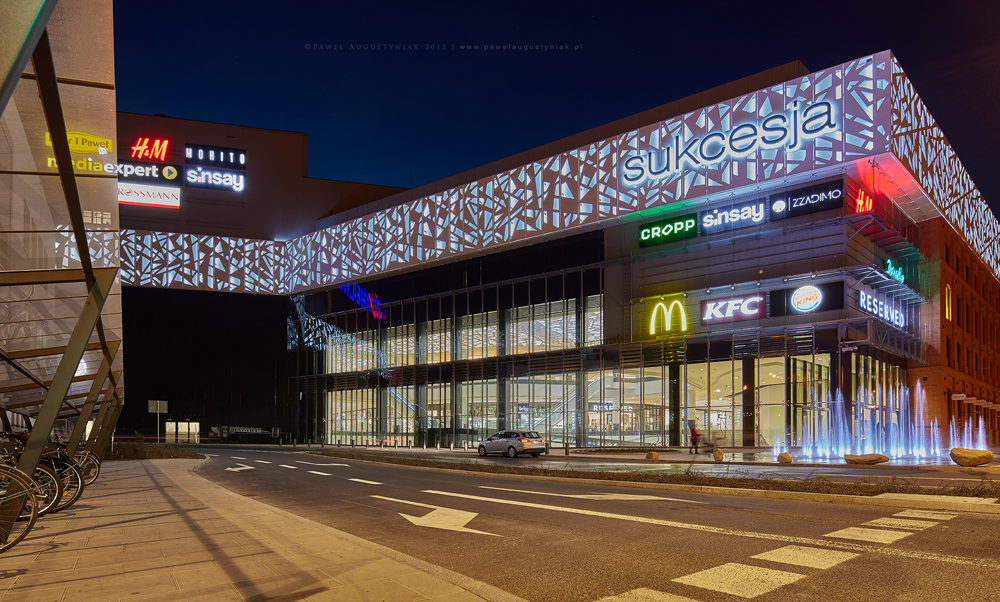 In Q3 2015 shopping centres with a total area of 103,300 sqm were delivered to the Polish market. As a result, the total stock of modern retail space grew to around 10.6 million sqm. Completed extensions of existing schemes represented as much as 33 percent of newly delivered space, according to Colliers International’s latest research.

The largest scheme that was completed in the analysed period was the Sukcesja shopping and entertainment centre located in Łódź (46,200 sqm). The opening of the centre took place on 25 September. Worth mentioning is also another IKEA store in Poland, which was opened in Bydgoszcz on 5 August. It is the Swedish chain’s ninth store in Poland.

Colliers have observed an escalating trend of the modernisation/remodelling of older retail schemes. During the past three months, other projects, such as the extensions of three existing schemes were completed – Wola Park and Factory Ursus outlet centre in Warsaw, as well as Galeria Pomorska in Bydgoszcz. The amount of extensions constituted in total about 33 percent of the new supply.

In Q3 the modernisation of the Panorama shopping centre in Poznan was completed. The project, which underwent a complex renovation, was re-opened to clients on 19 September. Currently, the remodelling of three Gdansk shopping centres is under way – Galeria Morena, which after the completion of another phase of modernisation and extension (Q2 2016) will offer more than 80 stores and service outlets located on 33,000 sqm; ETC Gdansk (the commencement of work is planned for Q1 2016) and Auchan at 3 Szczęśliwa street (the end of work is planned for 2016). Moreover, in the place of the current Glinki shopping centre (Carrefour), the first outlet centre in the city – Metropolitan Outlet Bydgoszcz – is planned to be opened.

In Q3 2015, several foreign brands debuted in Poland, including the Czech chain offering sports equipment, clothing and footwear – Sportisimo (CH-R Sukcesja), Turkish fashion chain Colin’s (Bonarka City Center) and the American brand Origins offering natural cosmetics and owned by Estee Lauder (Galeria Mokotów). There were also debuts in the food outlet sector – in July in Wola Park the first store of the American chain DQ Dairy Queen was opened, and in the Warsaw Financial Center the first location of Paul – the French bakery and restaurant chain – was created.

The market expects further entries of international chains. This year in Warsaw the first Dunkin’ Donuts coffee shop will be opened. Also in the past quarter it was confirmed that the well-known American fashion chain Forever 21 plans to enter the Polish market and its first stores will appear in 2017.

Colliers have observed the expansion of multi brand retail chains. During the third quarter of the year the first stores in Poland of Sono Idoni (Stary Browar) and Lykke (Galeria Bronowice) were opened. In addition, another store of this type – May Way – appeared in Galeria Kazimierz.

In the past quarter, the Russian shoe store chain Centro exited the Polish market. In July, stores of the GAP chain were also closed. The Polish brand Zień finished its operations as well.

Eight Real hypermarkets (Białystok, Bielsko-Biała, Czeladź, Legnica, Rzeszów, Sosnowiec, Szczecin, Wałbrzych) and two Auchan (Legnica, Wałbrzych) are to be replaced by a new brand in the Polish market – Bi1, which is owned by Schiever Polska. The first stores under the new name were opened at the beginning of September.

At the end of Q3 2015, around 760,700 sqm of new retail space was under construction, almost half of which (45 percent) is planned to be delivered by the end of this year. The extensions of existing projects constitute currently only 11 percent of space under construction.

“The estimated amount of new supply throughout 2015 is around 620,000 sqm. This will be about 37 percent higher than the figure achieved in 2014 and close to the level reached in the record year 2013 when 645,000 sqm of space was delivered to the market,” said Dominika Jędrak, Director of the Research and Consultancy department at Colliers International.