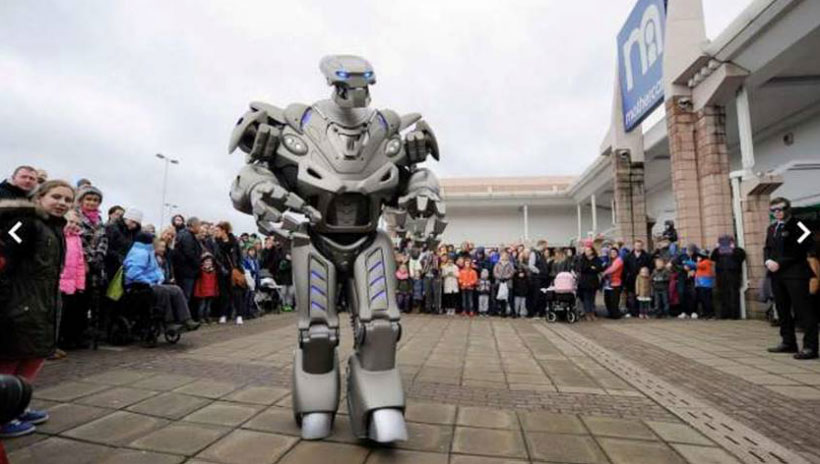 Titan the Robot lands in Romania for mall opening – EuropaProperty

A mall opening in Romania will see Titan the Robot greeting mall visitors with various shows in the first four days after opening.

Titan the Robot, who shared the stage with celebrities such as Rihanna, Will.i.am and Hugh Jackman, will be in Bucharest for the opening of the city’s newest mall, Mega Mall, on May 14.

The mall owners thus bring for the first time to Romania this unique entertainment concept. Titan the Robot has so far traveled across the world and joined private parties, festivals, corporate events, mall openings, and fairs – over 200 events so far. The 2.2-meter tall robot is an electronically controlled android worn by a human performer, who created comedy, street performance and music shows.

After the Mega Mall opening in Bucharest, the robot will go to Braila Mall on May 23 and 25, to the City Park Mall Constanţa between May 28 and 30, to Ploieşti Shopping City on May 31 and June 1. He will then arrive to Targu Jiu at the city’s shopping centre on June 3 and 4, and end his Romania trip in Galati, on May 6 and 7.

Titan the Robot is the stage name of a costume created by Cyberstein Robots back in 2004. The company rents such ‘robots’ for events across the world.