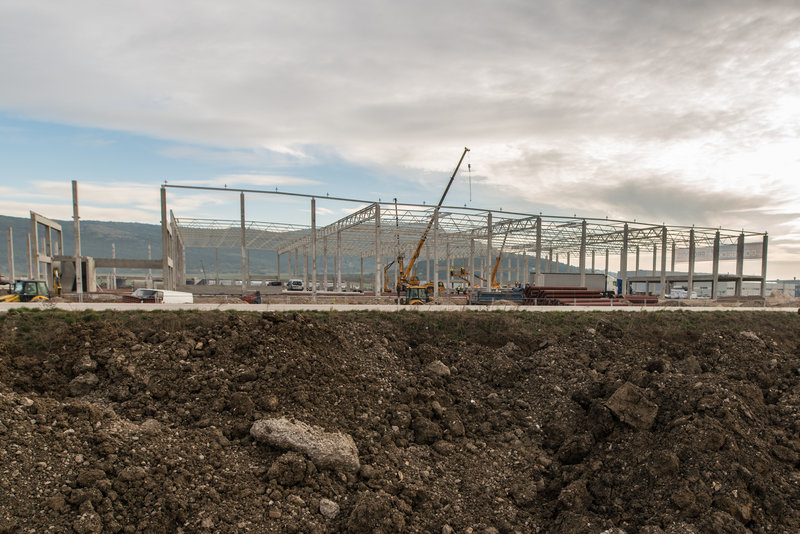 “2017 was yet another historic year for Prologis Europe. Strong demand on the continent has seen healthy supply increases and notable leasing activity, we were one of the most active developers of 2017. Our development pipeline meets the high demand for new space and the growing expansion needs of our customers,” commented Ben Bannatyne, President, Prologis Europe.

Accelerated demand on the continent and sustained demand in the UK led to the strongest year of net absorption on record: 8.6 million sqm, an increase of 27 percent over 2016.
Notable new leasing activity in the fourth quarter included:

Development Starts
Supply of Class-A distribution facilities picked up, notably through supply in Poland and resurging development activity in the UK. In the fourth quarter, Prologis Europe started 15 developments in the Czech Republic, Italy, Spain, Slovakia and the UK totalling 216,000 sqm; 22 percent was build-to-suit and 78 percent speculative with 25 percent preleased. Over 2017, Prologis started 40 developments, totalling 917,500 sqm.

Acquisitions and Dispositions
In the fourth quarter, Prologis acquired €37.5 million of buildings totalling 55,000 sqm and three land plots totalling 134,000 sqm in Italy, Sweden and the UK. Full year 2017 saw a total of €116.9 million of building acquisitions spanning 134,291 sqm and 24 land plots totalling 1.96 million sqm. During the year, Prologis sold assets in the Austria, the Czech Republic, France, Germany, Italy, the Netherlands, Poland, the UK and Slovakia for a total of €545.7 million.

“A key component of our business strategy in Europe is to hold our properties in a series of differentiated funds. UKLV and PELF are an extension of this strategy to meet the capital needs of today’s growth markets across Europe,” said Ben Bannatyne.

At quarter-end, the company owned or had investments in, on a wholly-owned basis or through co-investment ventures, properties and development projects totalling 17.0 million sqm in Europe.